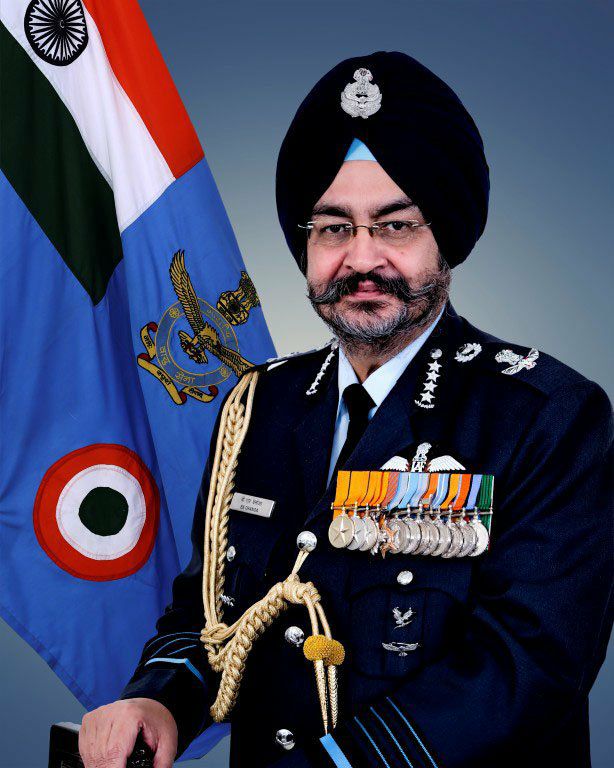 Air Chief Marshal Birender Singh Dhanoa was commissioned into the Flying Branch of IAF as a fighter pilot in Jun 1978. He is a Qualified Cat ‘A’ Flying Instructor and has more than 3000 hours of fighter flying under his belt with an immaculate flight safety record all along his distinguished career as a field commander.  He is an alumnus of Rashtriya Indian Military College, the National Defence Academy and the Defence Services Staff College, Wellington.

The Air Chief has many laurels to his credit. As Commanding Officer of No.17 “Golden Arrows” Squadron, equipped with MiG-21 aircraft, he led the IAF punch during the ‘limited war’ against Pakistan in 1999 to evict the enemy from their ‘dug in’ defences in the icy heights of Kargil region. For his outstanding bravery and leadership during the conflict, he was awarded Yudh Seva Medal (YSM).

The Air Chief Marshal has held a number of significant staff appointments at operational Commands, Joint Training Establishments and Air Headquarters. He has been Director Targeting Cell and Director Fighter Operations, Assistant Chief of Air Staff (Intelligence) at Air HQ and Senior Air Staff Officer of Eastern and Western Air Commands. The Air Chief has commanded the South Western Air Command. For his experience and professional excellence, he was handpicked to establish an ‘IAF Training Team’ abroad.