On the 101st birth anniversary of late Gp Capt H S R Gohel , who was born on 15th February 1921, the e-book “Flights of Valour” is presented to provide an insight into this distinguished aviator from the Second World War, who left behind a treasure trove of notes of his memories and experiences via his extensively annotated logbook.

Group Captain Himmat Singh Ravubha Gohel 1705 GD(P)was born to fly. Commissioned into the Indian Air Force in 1941 as part of the 8th Pilots Course, He served for 30 years with the Royal Indian Air Force and then the Indian Air Force. His career catapulted to national importance and sealed his place in the annals of Indian aviation. He flew when few others did: in 20th century India when warfare was recurrent and the need for passionate, unswerving officers ripe.  Group Captain Gohel participated in crucial operations that now feature as landmarks in Indian history. He clinched a professional arc known to very few, manoeuvring danger and peril to rise to pivotal ranks in the Indian Air Force.

A glimpse into Group Captain Gohel’s life is an insight into both his flights of imagination, of adolescent skyward dreams, as well as into his rigour and scrupulousness.

He flew over twenty aircraft in his professional career but no flight remained unrecorded. Group Captain Gohel maintained logbooks and photo-banks where he poured tremendous details about his journeys. It’s these records

The following link takes you to a downloadable e-book prepared by Gp Capt Gohel’s family on his 100th Birth Day anniversary. And is being shared with the general public for the 101st Anniversary of his birth. The e-book is a treat to all WW2 enthusiasts and aviation historians. 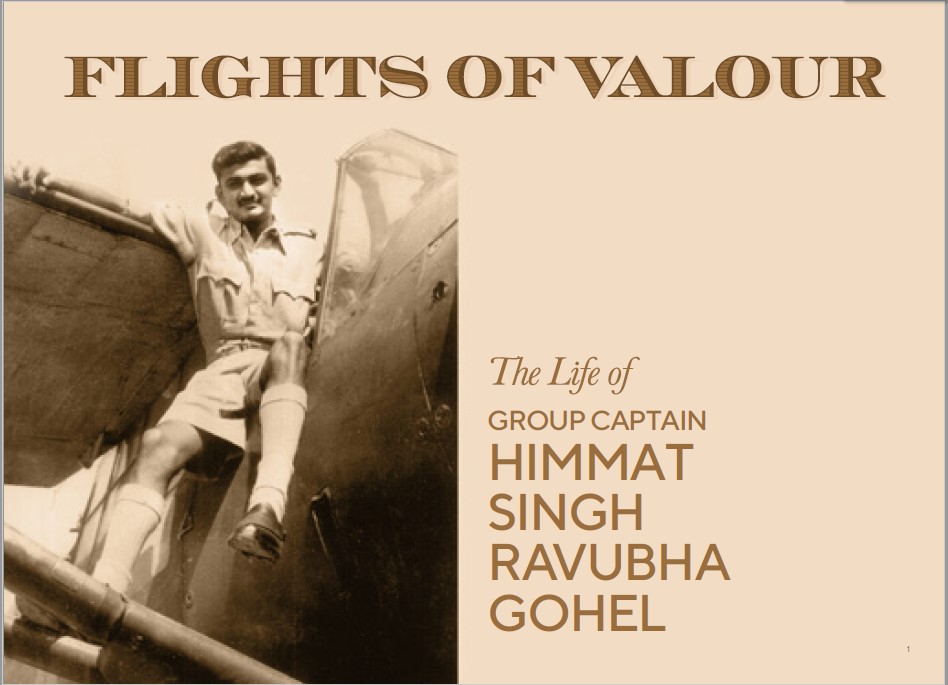