I , Pushp Vaid, 6892 F(P) , was pipped (commissioned) as a Pilot Officer in IAF in Jan 63 in the corridor of AF Stn Race Course, by the Chief Ground Instructor, after intermediate training on T-6G (Havards), and along with nine coursemates from 83rd PC, immediately sent to UK for training on helicopters. 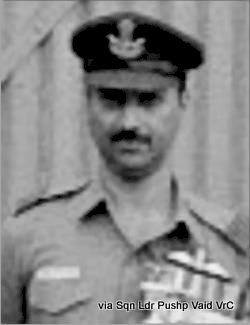 Aged 29, in Jun 1970, I was posted to 110 HU at Kumbigram as ‘Flt Cdr’ (2 i/c), with several thousand hours on Mi-4s, under the Officer Commanding (OC), Sqn Ldr Kenny Dutton. During previous years, since 1966, our task was primarily to provide logistic and communication support for anti-insurgency operations in Mizoram and Tripura. Sqn Ldr CS Sandhu took over from Kenny Dutton on 1 Feb 71 as the OC. During Apr-May most of the experienced aircrew of 110, adept at unit’s task, were sent to USSR to train and induct Mi-8s and their replacements were very young and inexperienced 21-22 yr old pilots. Though not a Qualified Flying Instructor (QFI), with the help of Sandhu and senior pilot Flt Lt Jayaraman, I undertook vigorous action to train them and qualify them by end-Nov 71. 110 HU went to war with such young boys and it makes my heart swell with pride that they performed marvellously well.

Kumbigram[13] in 70-71 was a laissez-faire AF Stn under the command of Gp Capt JP Latta [14]. There was very little of permanence, or amenities, in the airfield. The Mess and married living quarters were in ‘Bashas’ (thatched huts with mud walls). 110 HU was the only unit in Kumbhigram, besides 5-6 Dakotas of 49 Sqn based in Jorhat, who came on rotational detachments for air maintenance tasks in Manipur , Meghalaya and Mizoram. 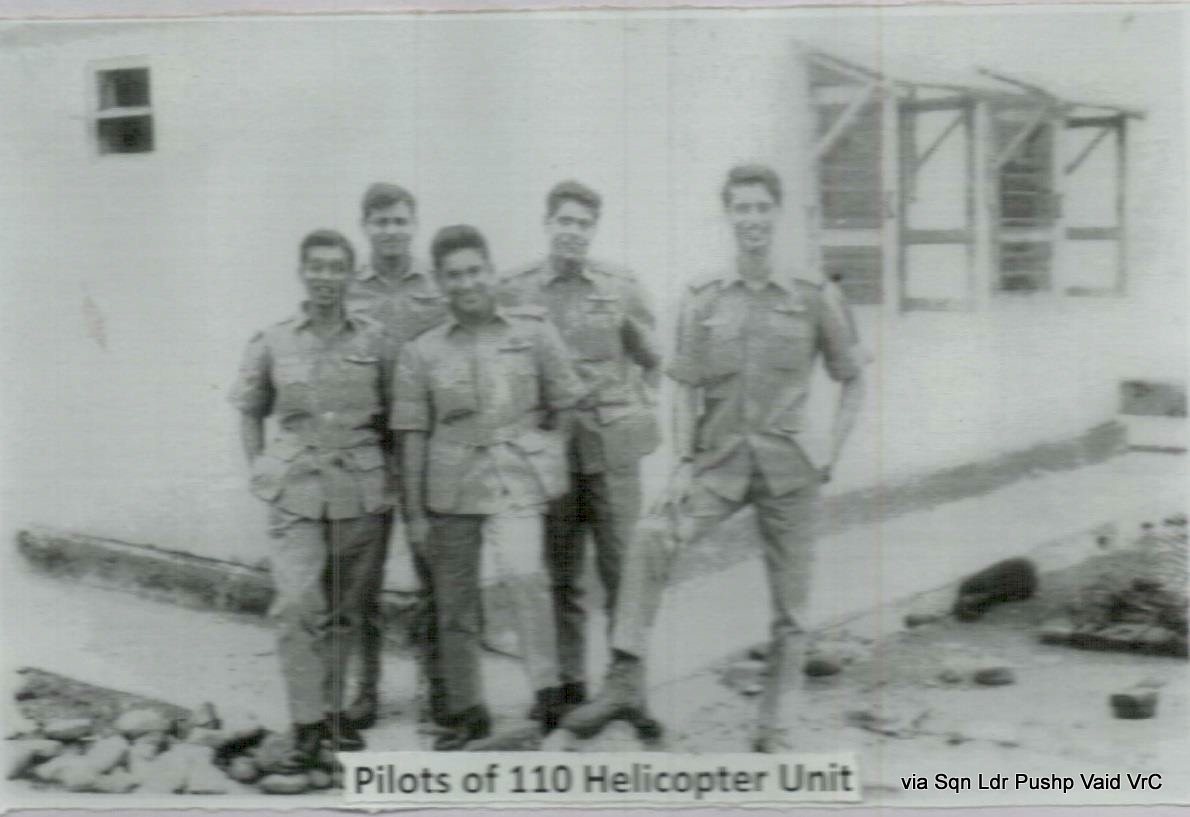 From Medium Wave All India Radio broadcasts, Army friends, as well as an increasing number of causality evacuations all along the Indo-Pak border, I was aware of clandestine guerrilla warfare taking place within East Pak from Sep 71`. But our helicopter operations were restricted only up to the international border. EAC Air II15 had called Sandhu to Shillong in Sept 71 and briefed him to train pilots for low flying and at night16. Since such training was not possible at Kumbigram due to hilly terrain and lack of facilities, the younger pilots were sent to Chabua (105 HU) to not only train low flying at night but also be categorised by the Mi-4 examiner Sqn Ldr Rama Rao [17] . While the pilots were away, the technical staff had a field day at maintenance and achieved 100% serviceability. So by the time the war was declared during the night of 3-4th Dec 71, pilots of 110 HU were not only fully categorised but also current to undertake night flying and we had all our 10 Mi-4s fit to fly. 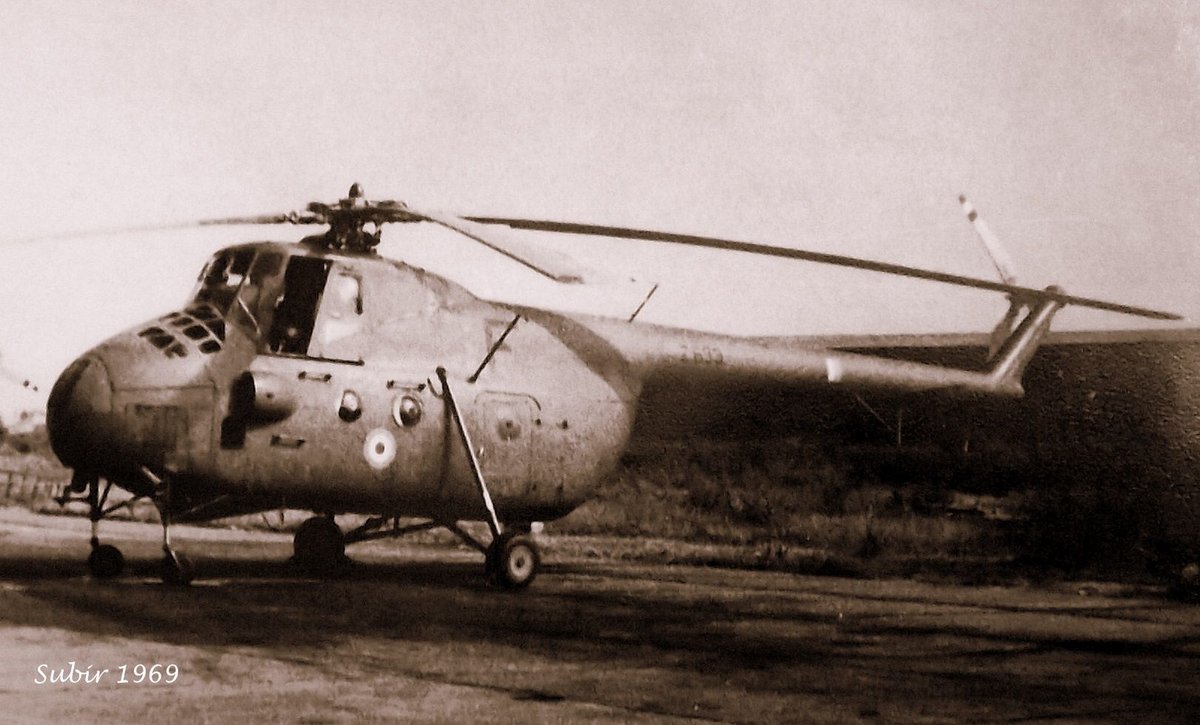 Due to fear of attacks on Kumbigram airfield by Paki Sabres from Dacca, 110 HU was ordered to disperse all its helicopters to Aijal18 and Teliamura (by then HQ IV Corps) about 40 km east of Agartala airport, located very close to the border. Agartala, a commercial airport, visited occasionally by an IA Fokker, was being constantly shelled by Paki artillery from Akhura, which was also located close to the border, west of Agartala. From Teliamura and Aijal, during the last week of Nov to first week of Dec 71, we were extensively flying all day, all along the IV Corps frontage from Hailakandi19 to the Feni salient, for communication and reconnaissance of army senior officers as well as evacuating casualties to field hospitals. Serious casualties were taken from field hospital Teliamura to Kumbhigram, from where Otters, Caribous, Daks and Packets were evacuating them to hospitals in Gauhati and far fields in the interiors of India. 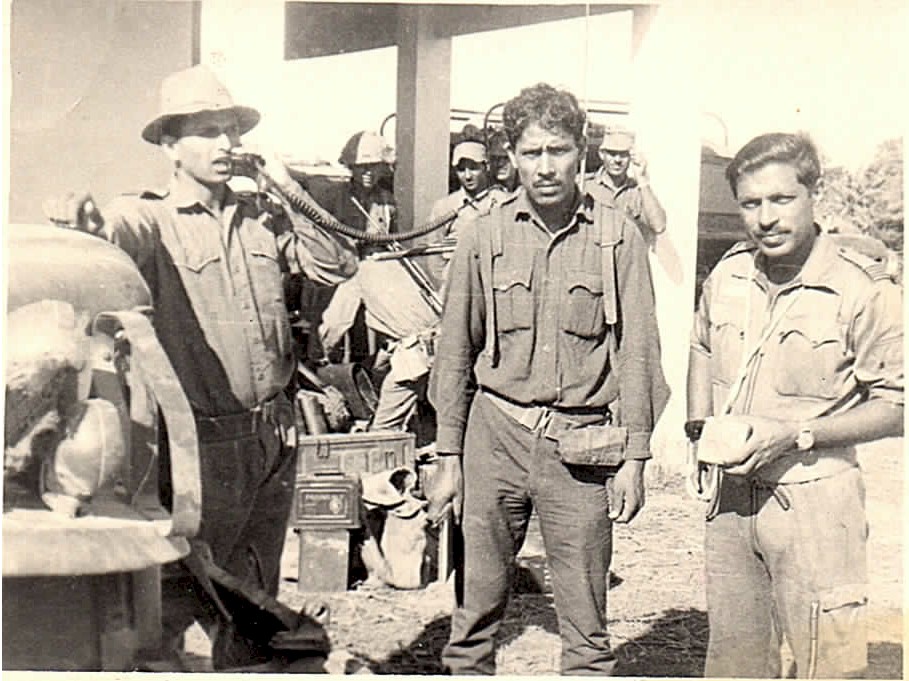 The author, Flt Lt Pushp Vaid (on left) with Army personnel at Agartala – during the operations. The Officer on the right appears to be a Forward Air Controller.

Though we didn’t know it then, during the first 3 or 4 days, perhaps by 7th Dec, the IAF fighters and bombers had grounded the Pakistan Air force (PAF) at Tezgaon (Dacca)20. This may have helped the helicopters to fly safe without worrying about Paki fighters. But worry we did, since we had no idea of IAF’s total air superiority. So we kept our eyes peeled looking out for Paki Sabres. Such fear did not hamper or deter our operations in 71 war, especially our operations at night since we knew that the foe had no night fighting capability in the air, except Air Defence Guns.

On 6th Dec 110 HU was ordered by Gp Capt Chandan Singh to gather its flock and move to Agartala. After the capture of Akhura, the enemy shelling of Agartala had ceased. By afternoon hours on 6th Dec, all 9 Mi-4s of 110 HU were deployed at Agartala. On 7th Dec we were joined by 3 Mi-4s of 105 HU from Chabua, and on 11th Dec, 2 Mi-4s of 111 HU from Hashimara joined us. Details of personnel are given in a table, placed as Appendix -A.