A look at PAF Air Marshal Malik Nur Khan’s time with the Indian Air Force before the division of the IAF. This piece was first penned for Shiv Aroor’s LiveFist Blog in 2011. 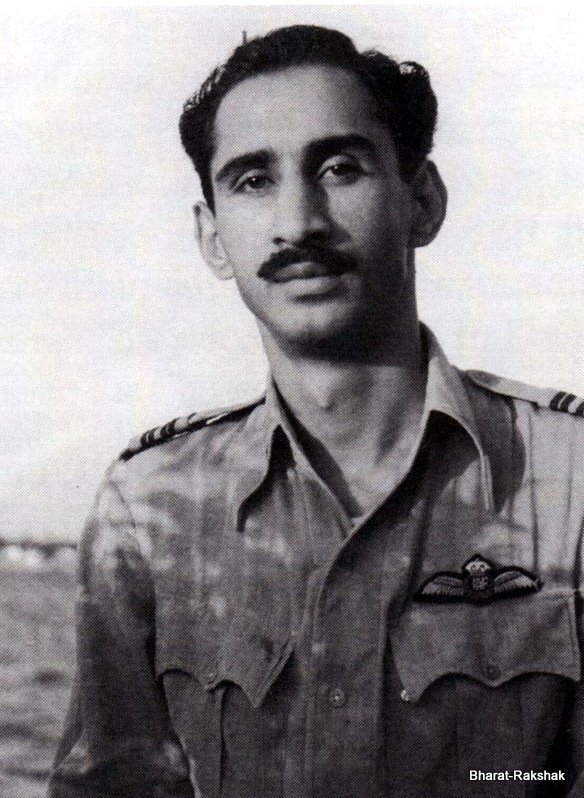 On 8th May 1944, he reported to No.7 Squadron which was at that time operating the Vultee Vengeance Dive bomber under Sqn Ldr Hem Chaudhary. Nur Khan was put in ‘B’ Flight then under the command of Flt Lt Erlic Pinto. (As a matter of interest – the other flight commander in the Squadron was none other than P C Lal, who would go on to command the IAF in 1971). Nur Khan flew his first dive bombing sorties two days later on the 10th. Over the next month Nur Khan flew several missions. However his time on the Burma Front lasted just about a month when the movement orders for 7 Squadron came through. By 12th June 1944, the Squadron found itself relocated to Charra. During this time Nur Khan took over the role of the Squadron Sports Officer. In November 1944, the Squadron converted to the Hurricane fighter bomber. Towards the end of January 1945, Nur Khan was posted to No.9 Squadron, which was then on Hurricanes on the Burma Front.

It was here that Nur Khan honed his flying skills and soon made himself quite famous, sometimes bordering on being a reckless showoff! Air Chief Marshal Idris Latif, who served in 9 Squadron remembers that Nur Khan would show off landing approaches in a Hurricane – while inverted! This involved approaching the runway for landing in inverted position, then at the right moment lower the undercarriage (which in this case would open upwards) and then do a last minute roll before flare out and touch down. Handling a Hurricane in such a regime required utmost confidence and handling skills.

One can easily deduce that Nur Khan was a flying “hog”, never losing an opportunity to fly a new type of aircraft. Even in his last years in the PAF, he ensured that he was upto speed on all new aircraft being inducted, flying such types as the F-6 and the Mirage III.

After less than six months with 9 Squadron, Nur Khan earned his promotion to Flt Lt Rank and was posted to No 4 Squadron RIAF in June 1945. No.4 Squadron was at Yelahanka flying the Spitfire VIII under the command of Sqn Ldr Boyd-Berry. No.4 soon moved to Japan as part of the British Commonwealth Occupation Force in early 1946. In one of the first display flights over Japan, Nur Khan led a formation of Ten Spitfires in the shape of a “4”. His stint as a Flight Commander lasted about 18 months and in November 1946, Nur Khan transferred to the HQ BCAIR (The Air component of the BCOF) as a Staff Officer in the rank of Sqn Ldr. When the Indian component of BCOF wound up in Japan, Independence was around the corner. The Indian Armed Forces were being partitioned and officers being given options to join one or the other country. As he hailed from an area of Punjab that is now part of Pakistan, and also for the fact that many of his colleagues that he served with in 3 Sqn and 9 Sqn were going to Pakistan (Asghar, Cheema etc), it was a natural decision for Nur Khan to opt for the Pakistan Air Force.

When Nur Khan took over command of the PAF in July 1965, he had but two weeks notice about the launch of Operation Gibraltar. He would say later that his staff reacted with disbelief and he was himself perturbed and shocked hearing about the plan from the Army Chief. But he went about “doing as he was told”. He got himself immersed in the business of fighting a war which had flared up as Nur Khan expected. The PAF did well in the war, enough to actually save the Pakistani Army from disaster many times. But the writing was on the wall: Pakistan was ill-equipped to fight a long term war, and Ayub Khan very wisely accepted the ceasefire when it was offered. 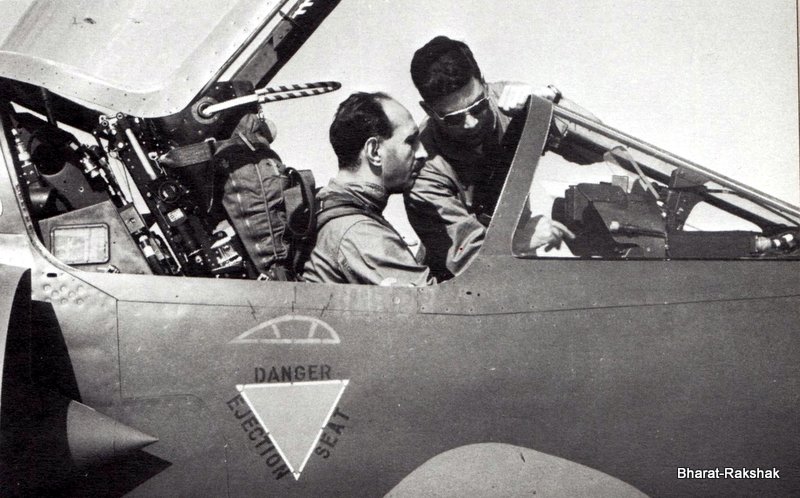 Nur Khan remained PAF chief well into 1968, and would have served more if not for the transfer of power to General Yahya Khan of the Pakistan Army. Yahya imposed Martial Law and offered Nur Khan the Governorship of West Pakistan. Nur Khan bought into the theory that military rule and martial law was good for the country and took up the offer as the Deputy Martial Law Administrator. Since he could not hold two offices at the same time, Nur Khan resigned his post as the Chief of the PAF and went on to serve six months as the Governor of West Pakistan before resigning in early 1970. If it hadn’t been for the Martial law and the offer of Governorship, he may well have been the air chief during the 71 war (Going by the fact his predecessor served six years at the helm). More importantly he may have had given some sane advice that would have prevented the Pakistani Army from self imploding in 1971.

Perhaps the results of the 1971 war had reshaped Nur Khan’s views on the earlier conflicts. He had come to arrive at the belief that the Pakistani Army chiefs were the root of the problems that Pakistan had faced throughout. He became a strong proponent of the fact that it was Pakistan which instigated the 1965 war and India was merely defending itself (which runs contrary to the thought process of many Pakistanis). In an interview, when prodded if the conflict of 65 was a “decisive class of arms between Hinduism and Islam”, Nur Khan shot down the idea with a curt “I do not believe there were any ideological compulsions behind the war”. His recent interviews with Dawn TV (available on Youtube) re-iterate these view points again and again. One could not but wish that Nur Khan’s views percolate down to the history lessons that common Pakistani students study, which would result in less hostility between the two nations.

While I never knew Nur Khan directly, several IAF officers have expressed high opinions about him over time. Air Chief Marshal Idris Latif’s comment on his flying skills have been mentioned earlier in this column. Another officer – Air Marshal S Raghavendran, who retired as Vice Chief, recently wrote that Nur Khan was one of the two of the greatest pilots & commanders of the undivided Indian Air Force that the IAF lost to partition. The other being Asghar Khan who was also well regarded by the veterans of that time. Such respect from officers of the opposing air force does not come easy.