The PZL TS-11 Iskra served the IAF for nearly 30 years before its retirement in 2005.

A special ceremonial occasion on December 16, 2004, was held at the Indian Air Force Station, Hakimpet, to mark the phasing out of the PZL/WSL TS-11 Iskra tandem seat trainer from the Indian Air Force (IAF) Service. The ceremony marked 29 years of service for the Iskra, which is one of the longest stints for a Jet Trainer in the IAF. The Iskra along with the Kiran Mk II formed the backbone of applied training (Stage IIA) for the fledgling pilots of the IAF.

A Brief History of Hakimpet

Hakimpet is about 20 km north of the twin cities of Hyderabad and Secunderabad, and has been one of the oldest Airfields in India, with a history dating back to the Second World War. Used as a staging airfield by the Royal Air Force (RAF) during the Second World War, Hakimpet was taken over by the Nizam of Hyderabad on Independence. After the accession of Hyderabad with the Indian Union, Hakimpet fell into disuse and was revived as a Training airfield in the Autumn of 1951 with the establishment of the Conversion Training Unit (CTU). The 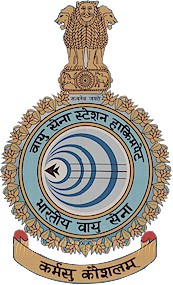 CTU operated Spitfire T Mk IX s , Spitfire XVIIIs and Tempest IIs to impart fighter conversion training to newly commissioned pilots of the IAF (Starting with the 55th Pilots Course (PC)). CTU was re-designated as Jet Training Wing (JTW) in 1958 with the phasing out of all Piston engine fighters in the IAF. A second JTW was set up in Bidar after the Indo-China border conflict and both JTWs at Hakimpet and Bidar were redesignated as No.1 JTW and No.2 JTW respectively. But by June 64, Jet training was again bought under the sole purview of Hakimpet and both JTWs were merged together to form the ‘Fighter Training Wing’ (FTW). In 1983, FTW Hakimpet was redesignated as a full fledged station and renamed Air Force Station Hakimpet (AFS Hakimpet) to be commanded by an Air Commodore.

Induction of the Iskra

The induction of the Iskras was necessitated by the sudden deterioration in the condition of the De Havilland Vampires being used by the FTW for Advanced and Applied stages of Jet training. The Vampires were phased out in December 1974 and were slated to be replaced by HAL Kirans.

The production rate of the Kirans was not sufficient to meet the IAF’s requirement in advanced and applied training and an urgent need for a Jet trainer to fulfil the training requirements was very apparent. In September 1974, the Ministry of Defence approved the interim solution of importing 50 PZL TS-11 Iskra jet trainers from Poland.

To support the Iskra operations, No.36 Equipment Depot (ED) and an Iskra Maintenance and Conversion Flight (MCF) were established in Hakimpet. Later 36ED would be replaced by No.26 ED , which inturn was replaced by No.43 ED at present.

The second 1975 course, No 116 PC, after six months on the Kiran at the AFA, completed the balance of its training on the Iskra at the FTW but from mid-1976 the pattern has somewhat stabilised in that batches of trainees from the Elementary Flying School have been alternately streamed to the AFA for two terms (or 180 flying hours) of training on the Kiran or to the FTW for a: similar period on the Iskra. In other words, until sufficient Kiran Mk lIs are available and/or the Iskras are phased out, the Iskras of FTW functioned in parallel with the Kirans of AFA, with an exactly similar syllabus.

The Iskras, while being a reasonable training aircraft and good for armament practice, had some limitations in spinning demonstrations. This became apparent with the first Iskra accident in June 1976, when a senior instructor testing an aircraft had to eject after the aircraft failed to recover from a spin. After the accident, spinning in the aircraft was limited to one turn. Since this put a limitation on the training syllabus at the Advanced level, IAF instructors were unanimous in their preference for the HAL Kiran as a training type over the Iskra at the advanced jet training stage. However even though the Kiran is a forgiving aircraft, the Iskra is better suited for the Applied stage.

During the course of the Iskra’s career with the IAF, they have accumulated over 190,000 Hours of flying. 1,500 trainee pilots from 54 Pilot Course batches were trained over the years and the attrition rate had been quite low. Six aircraft are known to be completely written off in various accidents over the years, two of these were in the hands of Polish pilots doing air tests from Hakimpet. Another nine airframes may have been damaged or written off in Cat E accidents or cannibalised for spares , while atleast one airframe (W-1786) has been relegated to gate guardian duties at the Officers Mess in Hakimpet. The Indian Air Force has been very satisfied with the flight safety record of the Iskra in its current role.

In the late 80s, 24 Iskras were overhauled by Poland. Towards the Mid-90s, The IAF had dispatched as many as 14 Iskra airframes that have completed their total technical life to Poland. These were replaced by freshly overhauled and refurbished aircraft that carried the same serial numbers and were transported back to India. These ‘replacement’ airframes are the only aircraft to have used a previously used serial number in the IAF’s history and were the cause for much confusion to aircraft spotters.

The Last days of the Iskra

In July 96, from the 157 PC onwards, the ‘Stage IIA’ was implemented. The Stage IIa was introduced to bridge the gap between trainees passing out of the applied stage and joining an Operational Conversion Unit. Newly commissioned pilots were to undertake 94 hours of flying on the Iskra at this stage where they were trained in tactical manoeuvres and applied training that would make the transition to Operational flying easier. In a reversal of opinions about the aircraft, the pilots and technical staff now felt that the Iskra was better suited for the Stage IIa training than the HAL built Kiran. Not only was the cockpit instrumentation bear a resemblance to the MiG-21FL, but the Tandem seating arrangement was useful in preparing the pilots for their future career as fighter pilots. Everyone the correspondent spoke with was unanimous about the Iskra’s suitability for the role and the safety and reliability of its engine.

Following the footsteps of its predecessor, the Vampire, the Iskras were operationally deployed during the Kargil fighting. Aircraft equipped with the front gun and 57mm rockets flew to Srinagar to carry out Anti-UAV missions wherever required. The Iskra was the only armed aircraft that could operate at slow speeds in the constraints of the forward areas. The Kiran MkII with its 7.62mm Machine guns was deemed to be too lightly armed for the role.

The current and last batch that trained with the Iskras was the 173 Pilots Course. 51 Pilots from the course were earmarked for fighter training and commenced their stage IIA training at Hakimpet towards the end of July 04. Of these 36 were allocated to Kiran Mk IIs and 15 were sent to the Iskra stream. In the next 22 weeks that lasted till December 16, 2004, the young Flying Officers, guided by seven Iskra Qualified Flying Instructors (QFIs), logged nearly 1480 hours to complete their syllabus. The Pilots who went to the Kiran stream logged 3475 hours, guided by 14 QFIs.

The Chief Instructor on the Iskras is Wing Commander S K Dabral, with about 3215 hours under his belt. Wg Cdr Dabral is a Cat A2 QFI with nearly 1000 hours on the Iskras. The Other QFIs under him have varied flying experience, ranging from 250 to 600 hours on the type and averaging between 1300 to 2300 hours of flying in total.

As the 173 PC began completing its syllabus, it became clear that the days of the Iskras were ending. The engines were nearing their fourth overhaul and frequent checks have thrown up deterioration from within. Even though aircraft airframes had hours available, a decision was taken to withdraw the aircraft as getting the requisite spare engines was deemed to be difficult.