Air Vice Marshal Manmohan Bahadur, a serving officer of the Indian Air Force, analyzes the crash of the Black Hawk used in the Bin Laden Raid on Abbotabad.

What went wrong? If the helicopter rotor blades had hit the ground, there would have been mayhem and fatalities for sure. Depending on the gravity, the mission may have had to be abandoned as the casualties would have required evacuation — that’s what happened in Operation Eagle Claw, the ill-fated effort to rescue the American hostages from Iran in 1980. Could it have been ‘power settling’, as some had conjectured immediately after the raid? That would require the Black Hawk helicopter to be overloaded, but to think that the pilots had not calculated the all up weight correctly, would be stretching one’s imagination; that would be too simplistic, and in that case the helicopter would have hit the ground where it was trying to hover. Surely, there were checks and double checks done by independent teams on all facets of the mission. As Owen says in the book, practice runs had been done and all that Admiral McRaven, the Special Op boss had told the pilots, was to get the assault team on ground safely, “…and they will figure out the rest.” There was no engine failure either, as Owen says that when he moved from under the crashed helicopter, he felt as if he was going through a hair-dryer, due the exhaust gases of the still running engines.

From the description of the helicopter’s behaviour it appears to have experienced LTE – loss of tail rotor effectiveness. The giveaway is the extremely unsteady hover causing the pilot to give a radio call, “Going round”, implying that he was abandoning the landing by increasing power (collective) and lowering the nose to takeoff at that low height – – thats the ninety degree right yaw and the dip of the nose that Owen felt! It was too late and the helicopter was too low for recovery. It’s a phenomenon that is explained and discussed in helicopter flight schools. That it happens and helicopters still come to grief is not the surprising part; that it should occur in what was perhaps the most important mission in the contemporary history of American Special Forces, is what would be discussed far and wide.

The tail-wheel equipped Blackhawk came to rest with its tail boom perched on a wall, as per the sketch in the book. So, there was a Blackhawk standing almost parallel to the ground, with the front fuselage on its front two wheels and the tail supported on a 12 feet wall – that’s why the rotors did not touch the ground! Were it not for the circumstances under which it happened, it would indeed have been classified ‘funny’! Any photos coming out? 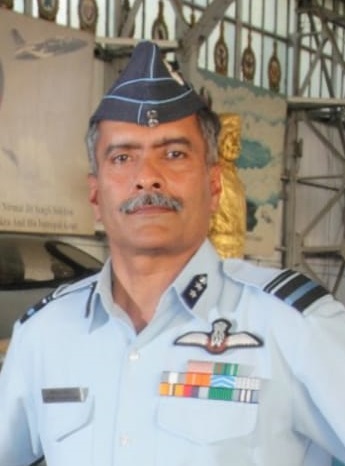