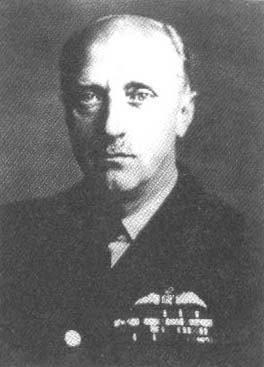 Air Marshal Gerald Ernest Gibbs was thethird Air Chief of the Post-Independent Indian Air Force and was the third British officer, in succession, to hold the post. Born on 02 September 1896, Gibbs initially joined the British Army and served as an Infantry Officer. At the Outbreak of the First World War, Gibbs was one of the earliest officers who formed the core of the Royal Flying Corps. Gibbs saw action in World War 1 with the RFC and the RAF, after it was formed officially. Between Jan to May 1918, Gibbs shot down or shared in the capture of ten German aircraft, all the time flying an SE-5 biplane fighter. He was awarded the Military Cross and two bars for this effort.

After the war, he was deputed to RAF Cranwell, responsible for training a whole generation of famous RAF flyers. Gibbs was a flying instructor at Cranwell. After the assignment he attended the RAF Staff College, graduating from it. Gibbs served with the Planning staff at Air Head Quarters in the Air Ministry. Operational exposure came in the form of postings as Commanding Officer of RAF Units in Sudan and Kenya.

Between 1934 and 1936, he was the Senior Air Staff Officer with No.11 Group of Fighter Command, responsible for the air defence of the United Kingdom. After the outbreak of World War 2, in 1940, he was appointed the Director of Overseas Operations. In 1943 He was posted as the SASO for the 3rd Tactical Air Force in Italy. More staff postings followed. In 1945, he was the SASO for South East Asia Air Command. This was followed by another Staff Posting at Head Quarters, Transport Command.

In 1948, he was representing the RAF in the Military Staffs Committee, United Nations Organisation. In 1949, He became the Chairman and Head of the Service Advisors to the United Kingdom's delegation to the United Nations Organisation (UNO). In 1951, the command of the Indian Air Force was offered to him, which Gibbs accepted gladly. Gibbs became the third British Commander-in-Chief of the Indian Air Force. He was also to be the last. He spent nearly two years at the helm, continuing the good work done by his two predecessors.

The induction of the Vampire had already started during Air Marshal Ivelaw-Chapman's tenure and it was completed under Air Marshal Gibbs' supervision. Policy and plans were handled by Indian Officers with guidance from Gibbs. He carried out his tasks without bias or prejudice. When the Indian Air Force's Directorate of Policy & Plans suggested the procurement of the French Ouragan as India's second jet fighter against his advice to go for the British Meteor, Gibbs accepted the advice in good faith without steam rolling the directorate's advice, even though he was in a position to do so.

After nearly two years and four months of heading the IAF, Air Marshal Gibbs handed over charge of the IAF to Air Vice Marshal Subroto Mukherjee, who became the first Indian Chief of the IAF. The designation of the Air Force head was changed from C-in-C to the CAS at about the same time. When Subroto Mukherjee took over, he had an organisation whose foundation has been built strong by three preceding British Chiefs - Elmhirst, Ivelaw-Chapman and Gibbs.

After retirement from the Indian Air Force in 1954, the same year in which he was made a KBE, Air Marshal Gibbs published his autobiography "Survivor's Story" in 1956. Air Marshal Gibbs has passed away in 1992.