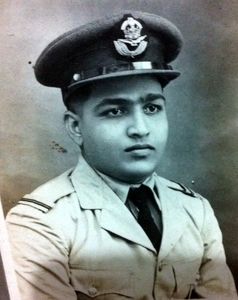 This album has some rare documents from her collection - including her father's commission parchment, and a service discharge book - the first one we ever saw! 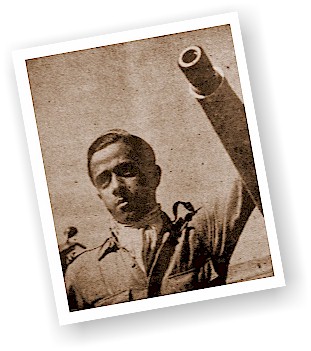 A WW2 veteran of service on the Burma Front, Gp Capt CGI Philip was actually born in Burma, and had strong family connections to that country even before the War.  Jagan interviewed him in April 2004 and in November 2005, while building Bharat-Rakshak's oral archive. Gp Capt Philip's words, we believe, convey a unique sense of those unique times. We have therefore retained his own words, for much of this article, which covers his early days in the Indian Air Force training on dive bombers and flying his first tour of operations with No.8 Squadron on the Vultee Vengeance.

S NANDA KUMAR is transported back in time as he talks to 82 year-old Bangalorean, Neville Gill, now leading a quiet life after 53 years of flying. This article first appeared in Deccan Herald. 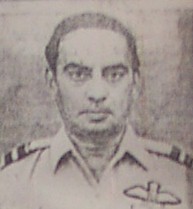 Nanu Shitoley was kind enough to share his time and hospitality with me one evening in January 2004, thanks to a meeting fixed up by my old family friend and his neighbour, Dincey Muncherjee [IAF transports, who later flew 747-400's for Air India and S'Pore Airlines]. As I walked down the road from my place in Colaba to his, I was terrified at the prospect of reaching later than the appointed hour of 7pm - an extra huff and a wheezy puff ensured that I just made it ! What followed was an hour and a half of the story of a fascinating life, including the sortie to Tamu I have semi-fictionalised at this link [which epitomizes the sheer grit and determination which earned him his DFC]. Alas, his log book is lost [as are photographs], and with it, details of the 300 hours of operational flying which he did in Burma, at the end of which he received his well-earned DFC. What follows is based upon his memory, supplemented, in parts, by extracts from the Official History of the IAF in the Second World War…. 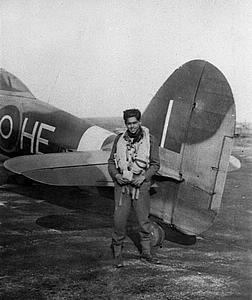 Sayanapuram Duraiswamy Thyagarajan, who was known as "Tiger" Rajan, was one of the rare breed of Indian pilots who was joined the Royal Air Force in UK directly. Tiger Rajan would make his mark flying Whirlwind fighters and then Typhoons. His life was lost on the front lines over France - and he is remembered with gratitude by three different nations - India, Great Britain and France.

With the Tigers in Burma - Air Marshal A R Pandit 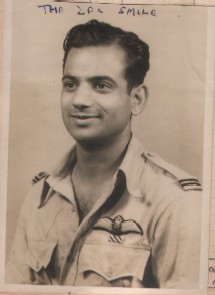 Anand Ramdas Pandit was born on 21st June 1921 at Indore. He joined the IAF Volunteer Reserve in 1941. He commenced his training with the Initial Training School at Lahore in April 41. After about a month and a half, he was part of the 8th Pilots Course that commenced training at the No.2 EFTS in Jodhpur on Tigermoth aircraft. The four months spent at EFTS involved learning elementary flying on a number of civilian Tigermoths. The instructors were from RAF and included a number of civilian Indian pilots.  In September 1941, He commenced advanced flying with the No.1 SFTS at Ambala. learning flying on Audax and Hart aircraft. The cadets earned their wings in February 1942. 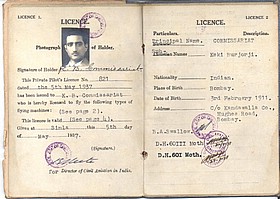 A profile of Keki Burjorji Commissariat, an officer who joined the IAF early on as when the call for Volunteer Officers came in. 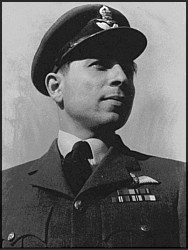 A conversation with retired Wing Commander Hoshang K Patel in 2002 was what set us off on this path of chronicling the experiences of WW2 veterans.