Funny to start the story with an epilogue, but it is appropriate because my association with Training Command and its units ended when I left Aircrew Examining Board (AEB) in 1984 as a part of the team to be trained on the IL-76 in USSR. As an examiner I would visit Bidar where the HT-2 reigned supreme as the basic trainer. Flying instructors would be tested for standardisation as would be Flight cadets taken at random to ascertain that instructors are teaching them procedures correctly and as approved. It was one of the most satisfying jobs to fly with young boys and gratifying to observe their skills and adeptness compared to me in 1964 and my own pupils on 1973. One thing is ‘pucca’ that successive generations are truly more adroit and this fact revealed itself during these standardisation flights.

My companion from AEB would normally be then Sqn Ldr, now Air Marshal Retd Doc Vaidya and a stickler for true un-adulterated aerodynamic knowledge. Himself an accomplished pilot and instructor, Doc would be one of the examiners for Viva along with me for instructors upgrading to A 2 classification. These viva’s were long sessions, and during the break between various subjects, when we met, if Doc said, “thoda dheela hai” it was almost certain that the fellow would be reappearing for the A 2 test some months down the line.

Another incident I recollect vividly was an instructor at TTW Yelahanka who came up to me during the written standardisation test, and protested that most of the questions were out of the syllabus. When I showed him that every question was indeed a part of the 1000 questions circulated by AEB very recently, he said, can I appear next time? My reply was negative, you must stop instructing and ascertain what is the syllabus.

My Woes as a Flight Cadet at Allahabad & Incident at Begumpet

In August 1964 I reported to Pilot Training Establishment (PTE) Allahabad for flying on the HT-2 our basic trainer. A few months earlier my friend from school, RB Menon had taken up a HT-2 without authorisation, and had flown low over the city. When chased by an instructor, Menon decided to prove his competence and flew the HT-2 between the span of the bridge across the Ganga, and he did it twice just to prove that it was not a fluke. Incidentally, Menon was thrown out, but no one else has flown under the bridge.

My ability to get a hang of the approach and landing on the HT-2 was pathetic, and I was getting closer and closer to being suspended from flying. My nervousness was mounting and I knew not what was missing. My instructor was Flt Lt Bhadra, the Flt Cdr was Flt Lt RS Singh, and the CFI was Sqn Ldr Sabharwal. I was in No 4 Sqn which was housed in a two story building with instructors below and cadets upstairs. Today that building is the residence of the AOC-in-C Central Air Command. Providence stepped in, of this I am sure, and Sabharwal decided to take me up as a challenge, and made me do about a dozen approaches / landings flying those extremely short circuits cutting everybody else’s path. It finally clicked, he ‘launched’ me solo, and I had become a pilot. Truly, I came back from the edge. Later I kept this in mind when I became an instructor, a Flt Cdr, as well as an examiner. For some guys, it takes longer to get a hang of things, instructors must look for that moment.

I must confess that after that I had no problems in negotiating the Harvard and Dakota stages of my training. But a non-flying incident at Begumpet is pertinent. The 1965 Ops were on, and we cadets were placed on guard duty at night. The AN-12s from Chandigarh had been relocated at Begumpet. As the Under Officer it was my duty to check the Cadet Guards at night, who were issued with sten carbines, why I do not know. On one such night, my course-mate Mahesh Subbiah was on duty, the area was very well lit and the standard procedure of “tham kaun ata hai” was in use. He did that as I approached him, I stopped, replied ”dost”, he asked me for the password, which I gave correctly, but during this verbal exchange, Mahesh decided to cock the carbine just for the heck of it. He had pulled back the breech block to the fully rear position to cock the carbine and lock it, but guess what, the lever slipped out of his hand and shot forward taking one round into the firing chamber. There was stunned silence; his face drained of blood as was mine. No one except the two of us, staring at each other mortified with what could have happened. Providence cast its benevolent web, the bullet did not fire, only a thud. We decided not to report the incident and quietly returned weapons and ammunition next morning. If it had not been for the defective bullet, or possibly the firing pin, I would not be writing this today. 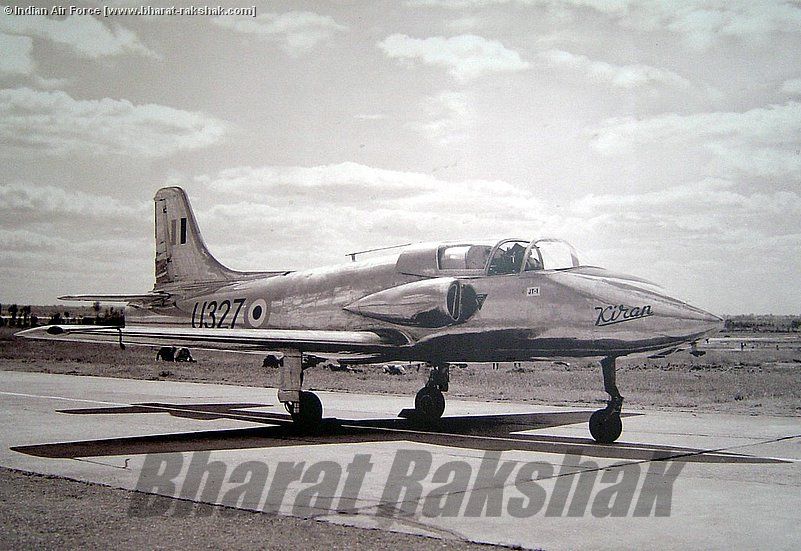 Becoming a flying instructor is a dream of many pilots, though some abhor the thought, not me. In Jan 1973 I joined the 56 Instructors Course at Tambaram and was one of the six to fly both Kiran and HT-2. On one Mutual Flight with Jaggu Saklani, a fighter pilot, the sliding canopy of the Kiarn Mk 1 jumped its rails and got stuck. Jaggu made an emergency descent, and we landed to be received by almost everyone at Tambaram including the Stn Cdr Gp Capt Shivaji Gupta who I knew from my days in ARC. The problem was that while we had disarmed the Seat Pan ejection handle, the overhead Handle was active since the safety Pins were with the ground crew. There was not enough space between the “jumped” canopy and its rails to give us the Pins. They tried all sorts of things to raise the canopy but failed. After about 30 mins, the aircraft was pushed into the hangar, it was getting hot, steamy and there was this fear that anything done incorrectly may activate the ejection sequence. For a die hard transport pilot, the small cockpit of the Kiran, with a live ejection seat below me was an unhappy state of affairs. Somehow after much effort and close to two hours the canopy was raised a bit, the safety pins were given to us and we inserted them. Jaggu looked at me and said, “Now it is ok”.

What an introduction to becoming an instructor!

June 1973 saw me at Bidar with my bride living in a stone “mansion” right behind the Bidar International Bus Stand near the Centre Point called ‘Chattri’. Teaching flying was supreme satisfaction and humbling too. One colleague Lt PP Sharma, now late, had his propeller flying off during a Practice Forced Landing (PFL), and with total professionalism and skill he brought the HT-2 and his pupil safely back. As the Flight Commander of 1 Sqn in 1974 I had to conduct a very large number of Progress Checks of cadets from the other Sqn. This made sure that a complete outsider did Progress Checks at the Six Hour stage, a very good practice. The sorties were short ones involving just a couple of circuits to assess how the cadet has progressed.

On one of these Check sorties while on Down Wind, one of the cylinders burst with fuel and thick smoke spewing out. The pupil was an Army officer, I closed throttle, put the fuel cock and Magneto off. I asked the pupil to ensure that the Magneto is Off, I told him what had happened and that we would now Force Land. I turned Left for the Cross Runway transmitting my intention to the ATC. Unfortunately the pupil had also switched off the battery. ATC was unaware of my predicament. I realised that we were not going to make it to the Runway. Bidar in 1974 had a very low wall around it, and my only hope was to bounce the HT-2 outside the wall, and hope like hell that I fly over the wall and make it to the Runway. I did just that, and rather silently came to a halt on Runway 08. Mercifully there was no fire and the pupil and I waited for the ATC to notice us, and ferry us back to the sqn for a well deserved cup of tea.

I believe that instructors learn much more than cadets, many times at the expense of the cadet, but that’s the irony. When the IAF had only Operational, Training & Maintenance Commands, pilots thought it passé to be in Training Command, but it is there that the IAF is born, nurtured, moulded, honed, and steeled into the fighting force. Air superiority may be manifest in the battle zone, but truly it is won in the training units of the IAF.

This article was first published in Purple Beret.  Article reproduced with the permission of the Author - Gp Capt A G Bewoor