The view from Tezpur

The view from Tezpur 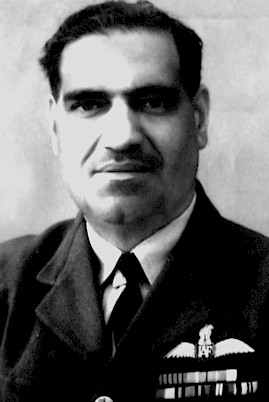 In October 1962, Air Commodore Y V Malse (1616 GD(P)) was with the National Defence College when he got urgent instructions to go to Eastern Air Command HQ as Air HQ's Special Liason officer.  The Indo-China war had broken out at that time. His observations from that era are narrated here in an oral interview from 2003*.

When I was staff at NDC, Air Cmde Engineer sent me to the east as his liaison. Because (Air Vice Marshal) Jaswant Singh was there.

AVM Jaswant Singh (1587), when he was told that HQ is sending someone, replied “I dont want anyone”. But then Air Marshal Engineer told him that it was me who was being sent, and  as I was his flight commander when he was CO of No.2 Squadron in Burma, we had a good relationship,  Jaswant said “Achha send him here” .

So I went to Tezpur. I spent the whole operations in the east I was with Jaswant in Tezpur.

At Tezpur We had a total loss of morale and morale was on Knife’s edge.

General Sen (The Eastern Army Command GOC-in-C) came there to Tezpur, he wanted to meet Dalvi in front line. The AOC-in-C Jaswant was sitting there. He turned to me and said, “you are the guy that the chief sent here, bolo kya karna hai? (tell us what should we do)”

I knew General Sen well. We had cooperated with the "All India Brigade" of Thimayya, Thorat and Sen during the Burma campaign. I once stayed in their tents during my stint with 2 Squadron. So I could speak to General Sen with some familiarity.

“Sir, you don't know what is happening on the frontline - you shouldn't go”

“My troops are lost I am the commander” said Sen

“Sir, If you are going there what will happen if something goes wrong”

“Ring me up I want to talk to the Air Chief. “ Sen demanded.

By the time the call came in through the chief, Tawang had fallen.

We had a fortification at Se La. The way we lost Sela Pass . I used to fly from Shillong over the forward areas. We had Brigadier Hoshiar Singh in command at Se La, they had tanks and all. We had General Pathania as the Div Commander and General Bogey Sen as the Army Commander.

This base was built up. They had tanks , They had guns, and our aircraft were carrying out a recce of the northern area of Se La. There was a small bunch of troops who were chinese, But it was nothing to worry about. Lo and behold, the Army already withdrawn.

Hoshiar singh died during the retreat. The circumstances behind his death are sitll unclear. That is the sad story of our armed forces at that time.

They army troops withdrew through Bhutan falling back to India.

Once I was going with one Stevens, a helicopter pilot. I used to fly with him. There, short of some place. He landed his helicopter there. We were evacuating some wounded JCOs there. There was one JCO there who looked distraught and I thought i will put some brave words in him.

I said “Saab dont worry, once we get better weapons, we will fight again’.

And his words I will never forget.

With tears in his eyes, he said:

“Saab, Gustafi maaf karna,” . .He showed me his 303 Enfield Rifle . “Is mein koin durgunah nahin hain (There is nothing wrong with this)..... Bas! Dill toot gaya (Our Hearts and will are broken”)

That explains the story of our debacle.

The last day of the war

The last day of the war, There was a platform there at Tezpur. Jaswant and me used to sit there. Jaswant went to smoke a cigarette. As he was out of Cigarettes, he hailed one Corporal Nair who was the staff driver . He said - “Corporal go and get a pack of Cigarettes”. The Corporal goes to the IV Corps canteen.

10 min later the Corporal came rushing back and says -  “Sir!, the corps had moved!”.

“The corps had gone to Gauhati!”

And here we are the Air Force, in Tezpur on our own. The AOC-in-C Eastern Air Command did not know it that the Army had fallen back!

So we started withdrawing whatever aircraft was serviceable. But the ceasefire came in soon after. 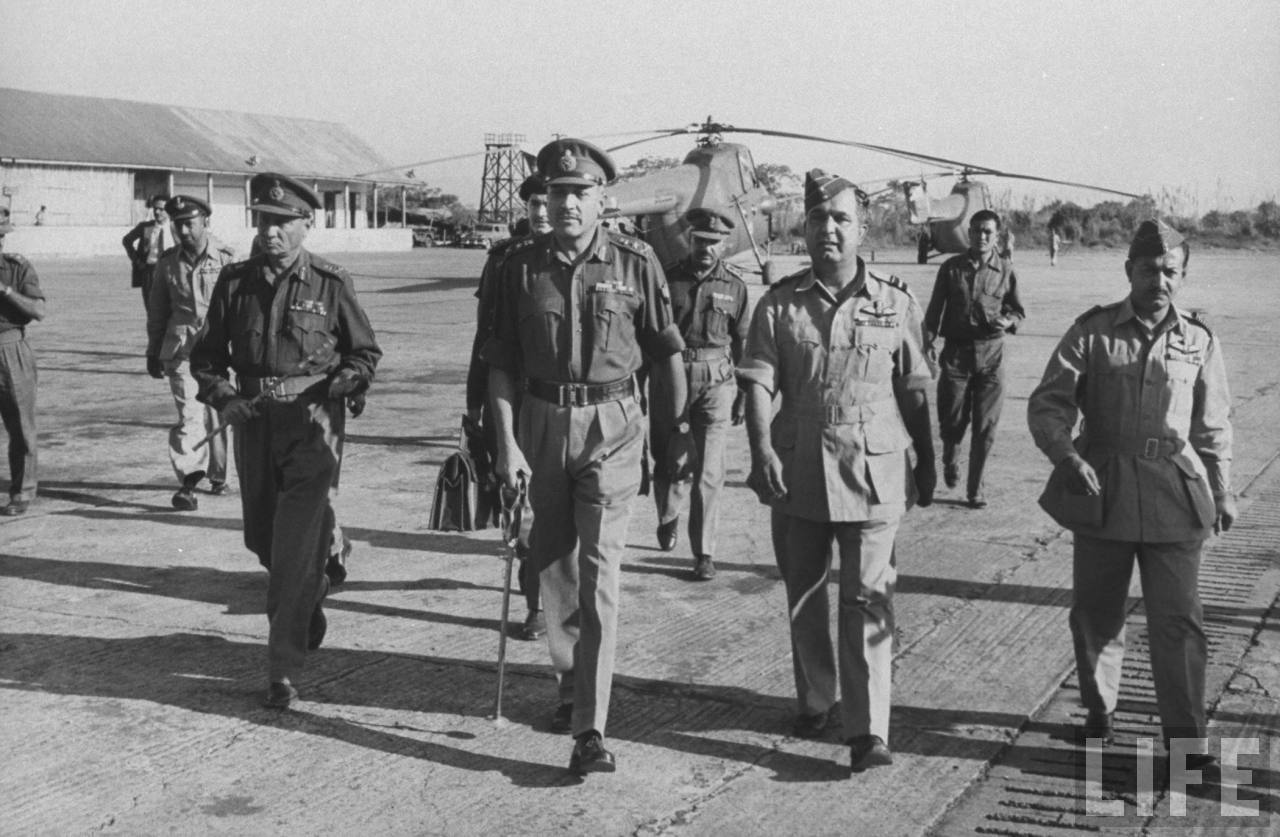 Tezpur after the war. Air Vice Marshal Minoo Engineer visits Tezpur with the new Army Chief J N Chaudhari.  Lt Gen L P Bogey Sen to the left of the photograph.  Gp Capt A S M Bhavnani, the station commander of Tezpur on the right. Minoo had to take over as AOC-in-C following the sudden and unexpected death of AVM Jaswant Singh on the night of 1st January 1963.

That time a lot of comments were made why the air force did not act. I am one of the firm believers where the AF should have taken action. Afterall the whole country was being invaded. What the hell is there more to lose?

The people who stopped us from operations is the army. I have personal knowledge of this as I was there. The reason? They have asked the then chief, Air Marshal Engineer to guarantee that Calcutta won't be bombed.

What the hell?, you are losing half the country in the war and if Calcutta is bombed - then so what?

But no . There was a stop to operations.

I believed that if the air force was used it would have made a difference.

That was a bad period for history of india.  But we recouped after that to an extent. This was a blessing , Otherwise we would have been beaten by Pakistan in 1965. In 1965 we were comparatively on a better footing. Though not entirely but we were better prepared. That is another story in itself.

*Interviewed by Jagan Pillarisetti in 2003. Portions of the interview have been enhanced with additional details . Some paragraphs have been rearranged to form logical sections. This is not a word to word transcription.  As late Air Marshal Malse was recollecting from memory, there may be some inconsistencies. The modified transcript is provided as-is without the fact checks that normally comes associated with interviews.