The first landing at Nyoma

The first landing at Nyoma

Nyoma is a village in the Leh district of Jammu and Kashmir, It is located in the Leh tehsil, on the bank of Indus River just a few miles South West of the Rezang La battlefield near the Pangong Tso lake.  Nyoma is roughly 25 miles south of Chushul as the crow flies. A small Buddhist monastery ("gompa") is located on the hill at the back of the village.

On 18 September 2009, An IAF An-32 landed at the Landing ground at Nyoma in what was claimed to be the first landing of a fixed wing aircraft at this place.  The AOC-in-C, Western Air Command, Air Marshal N A K Browne accompanied the crew along with the GOC-in-C of Northern Command Lt Gen P C Bhardwaj. The aircraft was flown by then Gp Capt S C Chafekar. 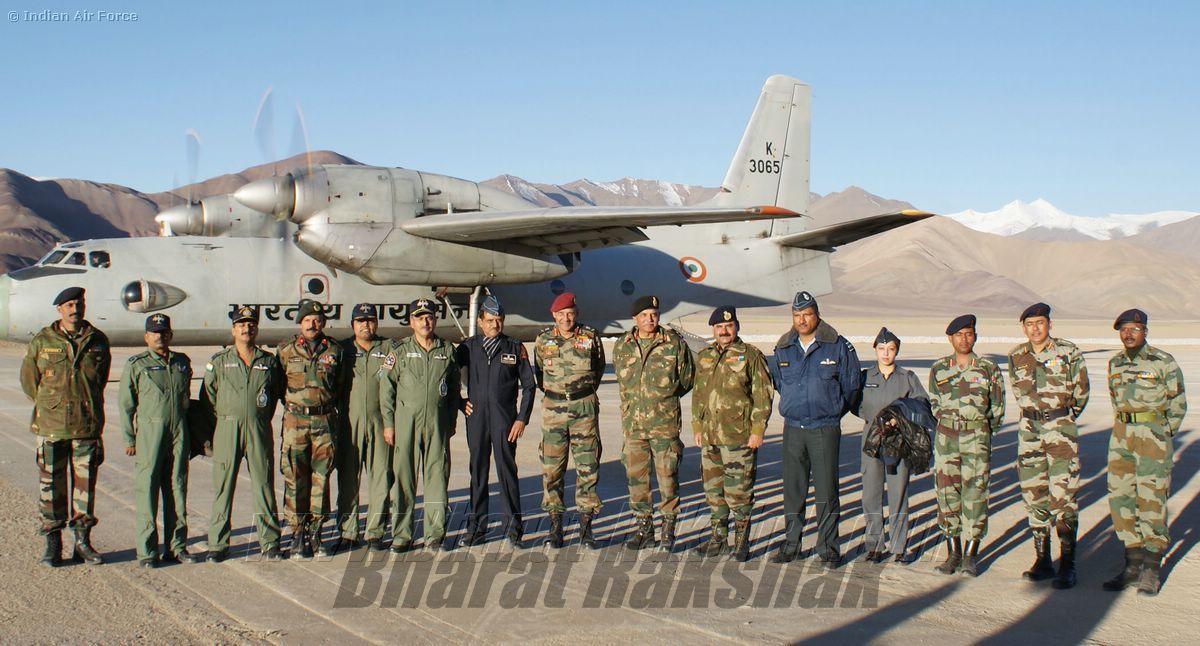 As this report from The Hindu put it:

For the first time-ever, the Indian Air Force on Friday landed an AN-32 transport aircraft at the Nyoma Advanced Landing Ground in eastern Ladakh,about 20 km from the Line of Actual Control (LAC). ... The AN-32 aircraft, flown by Shaurya Chakra awardee Group Captain S.C. Chafekar and carrying Western Air Command (WAC) chief Air Marshal N.A.K. Browne and Northern Army Commander Lt. Gen. P.C. Bhardwaj, landed at Nyoma at 6.25 am IST....Nyoma ALG is located at an altitude of 13,300 feet above sea level and is the third such ALG opened by IAF in the Ladakh region of Jammu and Kashmir in the last two years  The IAF had, before this AN-32 landing, used Nyoma airstrip only for helicopter operations. Only recently, the IAF took up work to convert it into an ALG for transport fixed-wing aircraft operations by laying a compacted airstrip, IAF officials said.s.

“The successful landing of a fixed wing aircraft at Nyoma marks the culmination of joint effort by the IAF and Army to enable the IAF to operate in the inhospitable terrain of Leh-Ladakh region in support of the Army,” she said.

Turns out.. there was another landing of a fixed wing aircraft at Nyoma prior to this An-32, and that happened nearly 47 years earlier - on 22 December 1962!

That landing was done in a C-119 Fairchild Packet, equipped with the J19 Jet pack by then Squadron Leader Prabhakar Shankar Dere (3883 F(P)).  It appears that the proving flight included a C-47 Dakota as well - This photograph was dug out from the family collection and forwarded to us by his son Maj Gen Anil Dere.  Sqn Ldr P S Dere can be seen standing in the left foreground of the photo. The landing appeared to have happened just in the aftermath of the India-China war of 1962.  Just about a month had elapsed since the Chinese had unilaterally declared ceasefire. 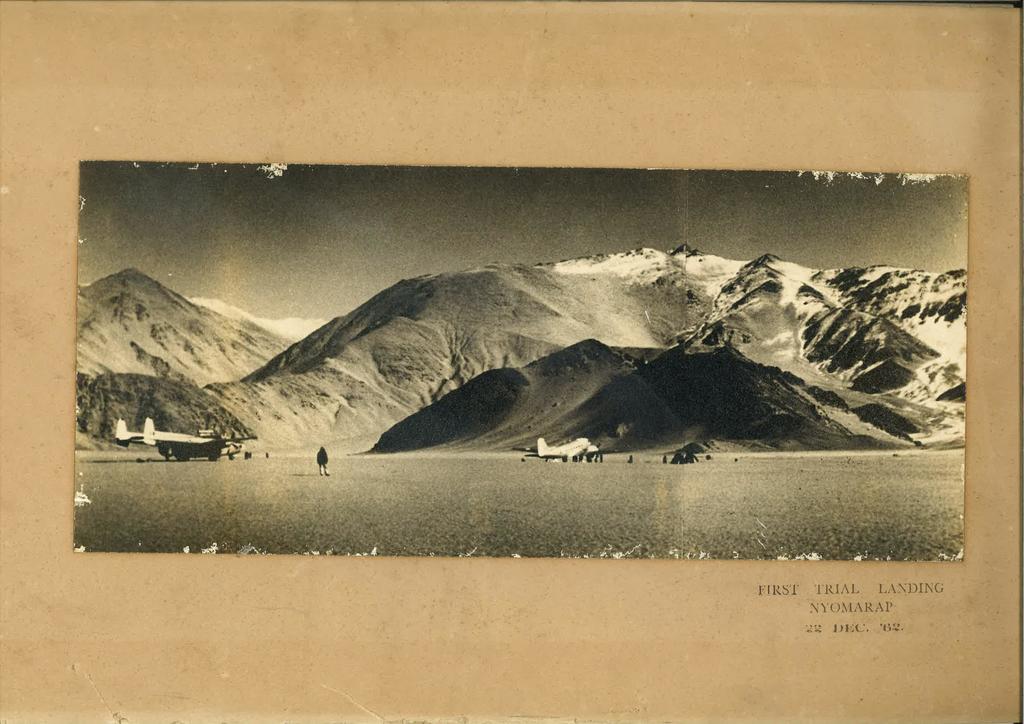 Since publication of this article in January 2018, Wg Cdr Joseph Thomas (Retd) added these details on 6th Jan 2018:

The first landing was done by the Dakota shown in the picture.   One of the Dakota's engines would not start for the return flight.  I don't recall what exactly was the problem but it required an engine change.  The replacement engine and the HAL servicing party were airlifted by a Packet of 19 Squadron who were co-located with 43 sqn in Srinagar.  Captained by then Sqn Ldr PS Dere. So it was the first C119G Packet landing.

The Nyoma Rap site was judged to be unsuitable. No further landings were  made. Gen AP Dere may please confirm the exact dates by checking his Dad's log book.

Flt Lt AL Mendanha was awarded a Vayu Sena Medal. His citation mentions "proving flights to our most difficult and advance landing grounds in this area." Nyoma Rap has not been specifically mentioned."

This finally explains the presence of the Dakota in the above picture!

Prabhakar Shanker Dere  was commissioned in the Flying (Pilot) Branch of the Indian Air Force in April, 1950. He held a variety of operational, instructional and staff appointments. Early in his career,  Dere qualified as a Flying Instructor and served in that capacity at the Air Force Academy. As a transport pilot operating in the North, he was mentioned in dispatches for the 1962 India-China war.

Later, as the Chief Flying Instructor of the Transport Training Wing, he was responsible for conversion training of a large number of pilots. He rendered commendable service as Deputy Director Personnel (Officers) at Air Headquarters, and served with distinction as Commander of a Tactical Air Centre. In  October, 1971, he was appointed Group Captain Air II at Headquarters Eastern Air Command and was responsible for planning and execution of Air Operations of the Transport Force in the Eastern Sector. The achievements of the transport force earned him a war time service award for the Ati Vishist Seva Medal.

Dere finally retired in 1984 in the rank of Air Marshal.

It is entirely possible that but for the preservation of this photograph and subsequent publication, the history of the first landing at Nyoma would have been lost to history!

Updated 6 Jan 2019: Comments by Wg Cdr Joseph Thomas, providing additional details on the landing have been added to the page.