It is somewhat ironic that in 1999 we should be fighting to relieve pressure on the very region that had to be secured in 1948. In the following piece from the BHARAT RAKSHAK Monitor recounts the first defense of Leh.

In an attempt to forcibly annex Jammu & Kashmir to Pakistan in 1947, the Pakistani Army and tribal irregulars launched an invasion of the state in October of that year. Looting, pillaging and murdering along the way the tribals’ pace of advance gave the Indian Army precious time, in which to secure the Kashmir Valley and Srinagar. For much of that winter the fighting was restricted to the Valley and the southwestern portions of the state. The Ladakh area to the northeast remained undisturbed by the fighting. The terrain in this area was very difficult and it was relatively remote, not just from the rest of India, but also from the rest of the state. The major city in this region Leh, lies some 360 km east of Srinagar and 400 km north of Manali. Kargil is the major way point along the Srinagar-Leh route. In 1948, Leh was connected to the outside world only by tracks and a solitary telegraph line that ran to Srinagar. The highway was not built until 1955. The only means of transport between Leh and the outside world were yaks, ponies and porters. Until 1948 the residents of Ladakh had not yet seen wheeled transport. Modernity, unfortunately, arrived with a bang following the Pakistani invasion.

Attracted by the treasures of Buddhist monasteries in Leh, the invaders started making plans for the invasion of Ladakh in early 1948. By then they had already occupied most of Baltistan and the Gilgit area, and the small Kashmir State Forces garrison at Skardu came under attack in November 1947. A relief column was dispatched from Leh to help in the ultimately futile defense of Skardu, leaving behind a mere 33 soldiers to guard Leh. In February 1948, the Pakistanis launched “Operation Sledge” with Gilgit as the base. The offensive sought to make a flank attack to capture Skardu, Kargil, Zoji La and ultimately Leh. As Skardu came under siege, people in Leh began to panic. With a mere 33 troops at hand, Leh was virtually defenseless. 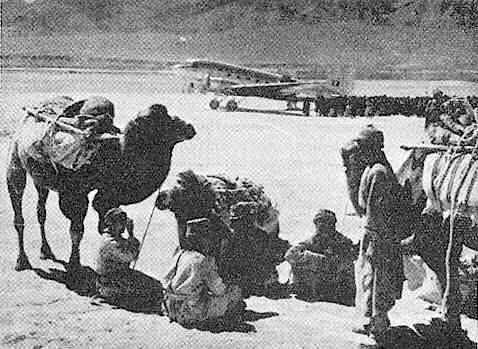 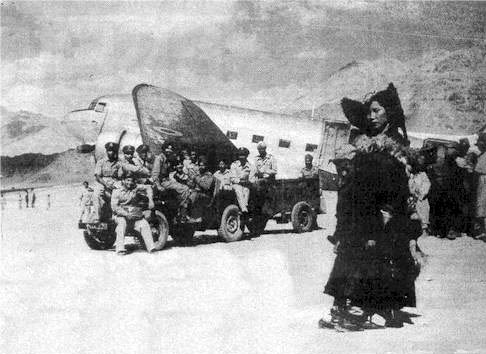