A short profile of late Air Commodore Narendra – A Cranwell trainee and one of the pioneers of the Indian Air Force. He was the third seniormost officer at the time of Independence after Subroto Mukherjee and Aspy Engineer. 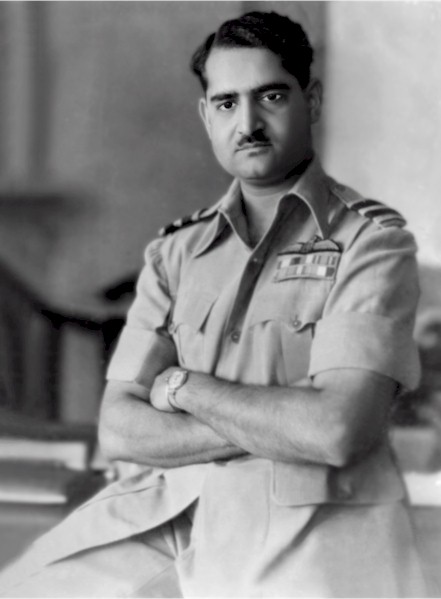 Air Commodore Narendra, was born on 1 Nov 1912, he was Air Officer I/C Tech and Equipment Services, Air HQ at the time of his death. Born Fatehpur, Dist Fatehpur, UP.

He gained his ‘A’ Flying Licence at Karachi Flying Club at the age of 18, while still a student at Allahabad Univ.

He went to RAF Cranwell, UK and trained there from  01 Feb 32 onwards. He graduated out on 15 Dec 33, along with KK Majumdar and Daljit Singh. They were only the third batch of Indian Pilots to go to RAF Cranwell.

With an effective commission from 9th January 1934, He was then sent to Old Sarum for an Army Cooperation course.

He returned to India to No 1 Squadron, IAF  in NWFP, He undertook missions in the NWFP Operations in 1937.

He was later posted to Walton near Lahore in Sept 1941,  2 months later volunteered for the Parachute Brigade, he was the first regular IAF officer to qualify as a Para.

He was next on the Air Staff of 244 Group RAF at Calcutta, then at Chittagong. In Oct 1943 was Air Force Representative at the Directorate of Selection and Personnel.

In 1944 he was Officer Commanding flying training , frontier air operations, then CO of RAF Station Kohat.

At the end of the war he was CO IAF Depot Arkonam, after partition he was CO No 2 Training Group (Later Training Command) and promoted  to Air Commodore.

A year later he was one of three principal staff officersas the head of Tech and Equipment Services Branch of a reorganised Air HQ.

Air Commodore Narendra was killed in the Dakota Crash in Turkey. The aircraft was returning from the UK Courier, flying from Malta to Cyprus and lost its way in a fog. It   struck a hill near Mersin, Turkey, killing five on board and injuring two other survivors.

At the time of his death, he was the 3rd senior most officer in the IAF, after Subroto Mukerjee and Aspy Engineer. He left behind his father a Zemindar of Fatehpur, 2 brothers, a sister, his grieving widow, a 2 year old daughter and most poignantly a son who was born a few months after his tragic demise.