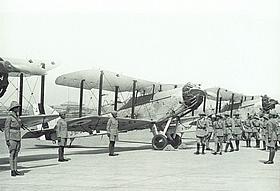 The Indian Air Force's History precedes World War Two by eight years. The IAF was established by on 8 Oct 1932 when its formation was announced in the Gazette of India. No.1 Squadron formed at Drigh Road in Karachi on 1 April 1933 with a complement of six Indian Officers under the command of a British Officer. The pages in this section showcase the initial years of the existence of the IAF. 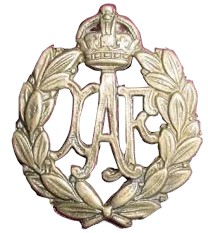 Every history starts with the words "The Indian Air Force was officially established by the Indian Air Force Act as notified in the Gazette of India dated 8th October 1932...", but has anyone actually seen the IAF Act of 1932 that was passed by the Indian Legislature in April 1932? To which the Governor General of India gave his assent on 8th April 1932? .. the same act which was subsequently published in the Gazette on 8th October?

Well here it is --- as it was originally introduced and later passed by the Legislature into the "Indian Air Force Act, 1932"

Some men are born to greatness. Others carve their part to it. Subroto Mukerjee was one of the latter category who paved the way to his own tryst with destiny and laid the foundations of India's Air Force in the process. The story of his life is one of determination, dedication and total commitment to the cause of the service that he guided from its inception till its transformation into the Air Arm of independent India. In the early 1930's, when the British government in India could no longer ignore the growing demands of the Indian people for greater representation in the higher ranks of the defence services, it grudgingly began the process of 'Indianisation' of the services. As a result, the Indian Air Force (IAF) came into being on 08 October 1932. 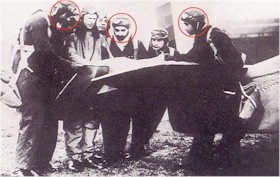 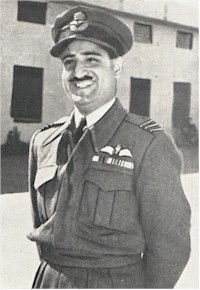 A short profile of late Air Commodore Narendra - A Cranwell trainee and one of the pioneers of the Indian Air Force. He was the third seniormost officer at the time of Independence after Subroto Mukherjee and Aspy Engineer.

Wg Cdr A B Awan - The Photo Collection on Flickr.com

Very rarely do we find an external website or link to be of sufficient value that it is linked directly from our website.  The Photo Collection of late Wing Commander Aizad Baksh Awan (Retd) falls under this exceptional category. Hosted by his Grandson Mr. Asad Awan (of Dera Ismail Khan, Pakistan) on the Flickr website, this collection of photos features previously unseen photos. Moreover , the captions accompanying them uncover previously unknown facts. 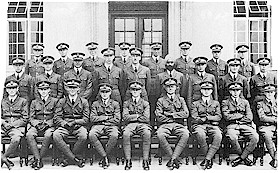 The first five Indian Pilots commissioned into the Indian Air Force were H C Sircar, Subroto Mukerjee, Bhupendra Singh, A B Awan and Amarjeet Singh. A sixth officer, S N Tandon had to revert to Ground duties as he was too short! All of them were commissioned as Pilot Officers in 1933. Bhupendra Singh and Amarjeet Singh died in an air accident in Sept 33. HC Sircar left the IAF after a couple of years. Tandon died during World War Two. AB Awan opted for the Pakistani Air Force and retired as a Wing Commander. Subroto Mukerjee went on to become the first Indian Chief of Air Staff of the IAF.