Distinguishing Rank Flags are commonly displayed on masts at various formations as well as on vehicles in which the entitled officer is travelling.

Officers of the rank of Wing Commander and above commanding a formation/ station/ unit (not detachments) are entitled to fly a distinguishing flag, which will measure 2′ in the hoist and 3′ in the fly. The flag is to be flown at the head of the flag mast of the formation/ station/ unit  and is not to be hoisted and lowered daily or flown at half-mast. The flag will be flown at all times except when replaced by the national flag during visits by Government or Foreign dignitaries.

A smaller version of the rank flag is carried on Vehicles.

Marshal of the Air Force 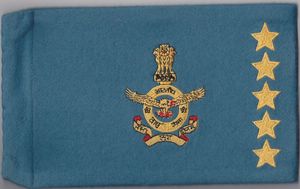 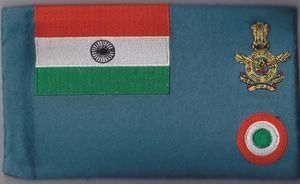 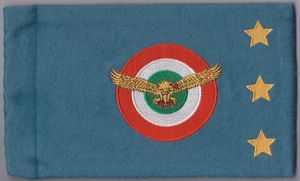 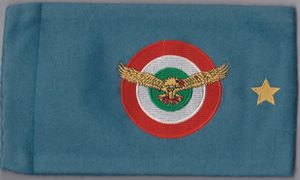 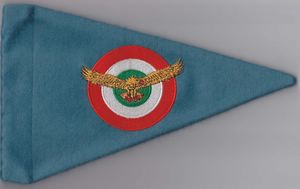 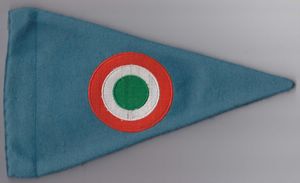 Method of Display on Vehicles

The Flag is prominently mounted on a small flagstaff that is placed in front of the car in center. The photographs below illustrate the flag displayed on Marshal of the Air Force Arjan Singh’s Car.

Rules of Display
(a) At formation/ station where more than one unit is located only the station commander is entitled to fly the flag.
(b) At Air Headquarters and command headquarters the only distinguishing flag flown to be that of the Chief of the Air Staff or the Air Officer Commanding-in-Chief, respectively. Officers Commanding, headquarters units, are not entitled to fly flags.
(c) The flag is to be flown only when the entitled officer is actually present in the headquarters station.
(d) When the Chief of the Air Staff/ AOC-in-C/ AOC visits a station, the distinguishing rank flag of the station commander will continue to be flown and not the rank flag of the inspecting officer.