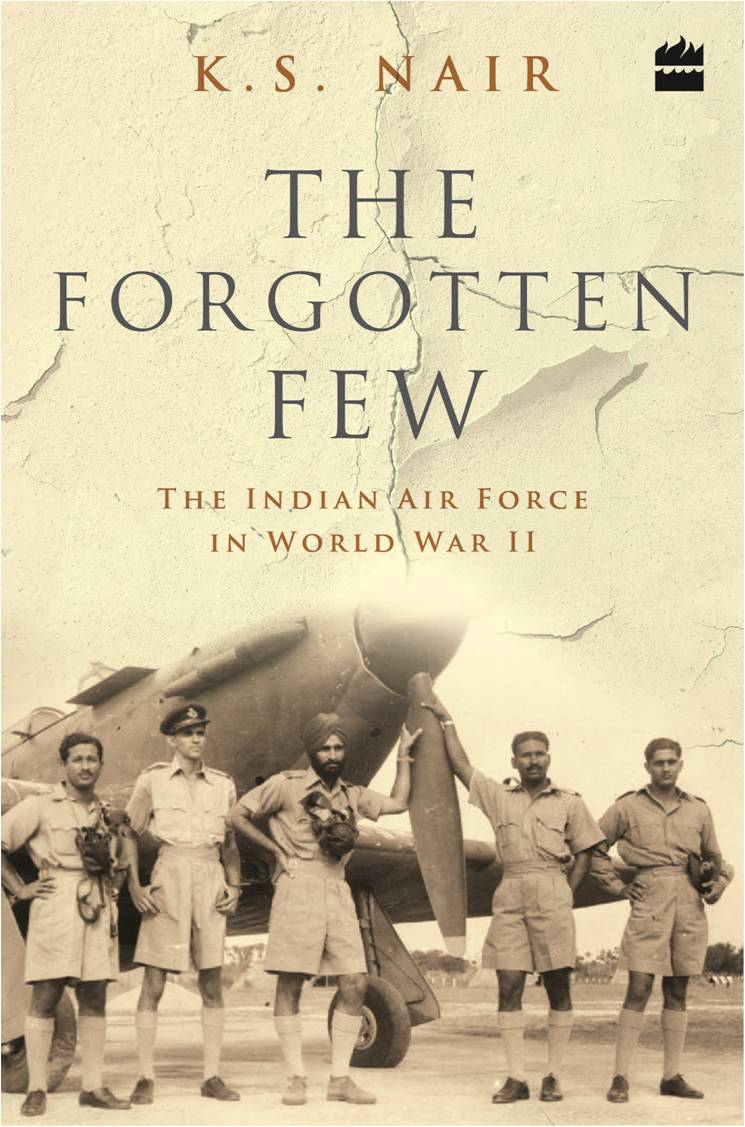 K S Nair is no stranger to this site. Several of his articles and contributions are featured throughout the history section, and his previous contributions to publications include the book , Ganesha’s Flyboys, on the IAF in the Congo in the 1960s  For those not familiar with him, he is also known as K Sree Kumar (K S Nair being his pen name). He is the son and son-in-law of Indian Air Force officers, both of whom served from 1950 till the 1980s, and has been writing on the Indian Air Force and military issues in developing countries for over 20 years.  Outside of his interest in IAF history he is a graduate of IIT Delhi and IIM Bangalore, and has served at levels up to Vice President, CEO, and Director, at several multinational and boutique firms, in the areas of consulting, investment and development. Most aviation history nerds know him as The Brown Beagle on Twitter.

His second publication hit the stands a couple of months ago – The Forgotten Few is a contemporary one-volume narrative history, of the Indian Air Force’s contribution during World War II.

World War II was an important part of India’s journey to Independence and national identity; yet till recently the Indian contribution was almost untouched by contemporary writers. The War remains one of the greatest global transformations in history, and Indians were involved on a truly massive scale. And yet, the Indian component of this globe-straddling story, reverberations of which still echo today, are barely known – a recent symptom of which was the controversy over the absence of Indians in the Christopher Nolan film Dunkirk.

And if the land campaign is barely known, the air component of India’s effort is virtually non-existent, in wider memory.

In recent years, some books have begun to emerge, both in India and overseas, which have started the process of documenting Indian involvement in the World Wars. This is welcome, but the new books remain focussed almost entirely on the (admittedly much larger) land component of the wars.

The Forgotten Few will bring back to light some of the lost stories of the Indian Air Force. It will recall Indians who built the foundations of human and physical infrastructure for what is now the world’s fourth largest air force. It will show Indians flying into grim battle in criminally obsolete aircraft in the first years of the war, and yet emerging with credit. It will show them flying iconic Hurricane fighters from the green fields of England, alongside Churchill’s “Few”. And it will follow them, as they became a key component of the massive war machine that reconquered Burma. These are almost completely forgotten stories; and The Forgotten Few will re-tell them to a new generation.

The book benefits from a number of first-person interviews with some of the last Indian survivors of World War II. In addition the author has secured access to original war diaries held at the UK National Archives, which still holds copies of Indian units’ documents up to 26 January 1950. These enable a high level of fidelity in the book.