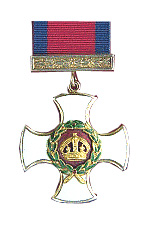 The Distinguished Service Order (DSO) was established for rewarding individual instances of meritorious or distinguished service in war. This is a military order for officers only, and while normally given for service under fire or under conditions equivalent to service in actual combat with the enemy, it was awarded between 1914 and 1916 under circumstances which could not be regarded as under fire. After 01 January 1917, commanders in the field were instructed to recommend this award only for those serving under fire. Prior to 1943, the order could be given only to someone Mentioned in Dispatches. The order is generally given to officers in command, above the rank of Lieutenant-Colonel and awards to ranks below this are usually for a high degree of gallantry just short of deserving the Victoria Cross.

Only one award was made to an Indian. Sqn Ldr Mehar Singh, CO of No.6 IAF Squadron being the sole recipient.

Recent research by Hugh A Halliday, Aviation historian, reveals that two other officers were awarded the DSO. One , Sqn Ldr RFT Doe was seconded from the RAF to command No.10 Squadron and the other was from RNZAF Sqn Ldr G S Sharp , CO of No.4 Squadron. Both were also awarded the DSO for their leadership of these squadrons. 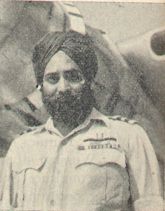 “..This officer has completed a very large number of operations, and has displayed great skill, courage and determination. He is a most inspiring leader, whose example has been reflected in the fine fighting spirit of the squadron. This officer has rendered most valuable service.” 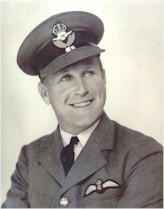 In January 1945, this officer led the squadron on a sortie in support of a landing by ground forces at Myebone. The purpose was to lay a smoke screen. Precise timing and great accuracy were essential to success. In spite of considerable anti-aircraft fire, Squadron Leader Sharp led his squadron in to the target with great skill and, as a result of the excellent work performed, the ground forces were enabled to execute a landing under a well-timed and accurately placed smoke screen. During the operation Squadron Leader Sharp’s aircraft was hit several times by anti-aircraft fire, but he flew it back to base. This officer has completed many reconnaissances over difficult terrain and in extremely bad weather, with excellent results. He has displayed exceptional skill, great courage and devotion to duty in the execution of his allotted tasks. 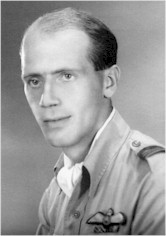 Under the inspiring leadership of Squadron Leader Doe, his squadron has attained a high standard of operational efficiency. He has successfully completed numerous bombing and low-level attacks within 60 yards of our troops and over mountainous and difficult terrain. Whilst operating over the Arakan front his squadron has been responsible for the destruction of over 200 river craft, one tank, three bridges, six ferries and various other enemy objectives. Squadron Leader Doe has completed his third tour of operational duty and has at all times displayed an unconquerable spirit and great devotion to duty