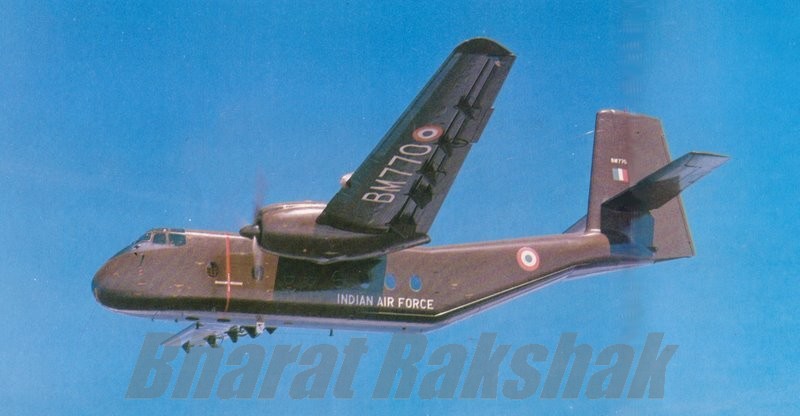 Further orders were placed with De Havilland Canada for sixteen new production aircraft – enough to equip the newly raised unit. The Squadron was initially based in Gauhati.  The first four pilots were trained in the US, including the CO, Wg Cdr J C Plomer, Sqn Ldr M M Arora, Flt Lt S S Sane and Flt Lt M L Sharma. At the completion of training the pilots were actively involved in ferrying the newly built Caribous across the Atlantic and all the way to India .

The aircraft and crews had the distinction of flying in the Bangladesh interim cabinet into Dacca. The aircraft was also used in transporting of VVIPs into and out of Dacca. Among them the Chief of Army Staff, Gen Sam Manekshaw, and the VIP POWs of the Pakistan Armed Forces – Lt Gen Niazi and his General and Brigade level officers.

The era of the Caribou was nearing its end in the mid-80s. 33 Squadron prepared to re-equip with the newly acquired An-32 twin turboprop aircraft. One aircraft (BM769) crash landed at Walong ALG on 30th July 1985 and was left there for years.  Another Caribou (M933) was burned down in a crash landing in a paddy field in Medak district in June 1983.  The last Caribou sorties were almost certainly done in March 1987, and with their withdrawal, there were no other fixed-wing aircraft that continued the civilian maintenance role to tricky airfields like Walong.

For a while there were no Caribous that were preserved in India. In 2004, Eastern Air Command located two airframe lying derelict in its area of responsibility – one in Jorhat, and the other crashed airframe at Walong. Both aircraft were then partially restored for visual completion. BM774 (ex-Jorhat) now resides in Palam with the IAF Museum, while BM769 from Walong was shipped by road to Shillong and resides outside the Eastern Air Command HQ in their museum.

Restoring the Caribou
The IAF Caribous of Cape May, New Jersey
The Caribou website with a page on Indian Caribous
The C-7A Caribou Association
Caribou Procurement and Serials