The Canberra in the IAF Project

First, let me introduce myself – my name is Anandeep Pannu. I am an IAF brat, my father is Gp Capt HMPS Pannu who left the IAF in 1986 after a 29 year career. He didnt fly the Canberra (not officially anyway) – but I grew up around them, especially during my stint at Pune when 35 Sqn and 6 Sqn (which was my father’s squadron) had Canberras.   I work for Microsoft now and am an aviation fanatic. I have a pilots license and have about 300 hrs time mostly in light aircraft and gliders.

The idea for a Canberra book came to me after I realized that the Canberra was going to be celebrating 50 years in Indian Air Force service. Wing Co Marshall, dad’s instructor in FIS and father of my friend Karl was putting together a get together in Pune. I was able to talk to Wing Co Marshall and that gave further impetus to the project.

Jagan Pillariseti (of Bharat Rakshak and 1965 Air War book fame) had already collected quite a few stories on the Canberra, and since we exchange notes on a regular basis we started bandying the idea of the book back and forth. In the meantime the IAF top brass decided to celebrate the 50 year anniversary in style. Wing Co Thomas also started the Canberra India newsgroup which collected a bunch of Canberra veterans in one venue – albeit a cyberspace one!

It was a foregone conclusion that I would need to drag Jagan into the project – his resourcefulness and knowledge would be needed for this book.

Wing Co Thomas and Wing Co Vineet Bhalla were kind enough to share some stories and Jagan interviewed Wing Co Nath, MVC and bar, for a related book project. The pieces were coming together!

I was able to find a number of references on the Canberra and make contact with some Canberra experts including Les Bywater of the Canberra Tribute Web site. These people were able to refer me to some previously unpublished photographs. (Some of these are in the article on “Canberra marks” on Bharat Rakshak).

I still need help from IAF Canberra veterans. Please bookmark this blog – and contact me with any stories, comments or just contact me regardless, if you were ever associated with the Canberra in the IAF.

I will be posting questionaires and articles on this blog for your comment. Please feel free to send me e-mail or write your comments on any article in this blog – it is open to everyone.

Hopefully this will be enjoyable process for all us! 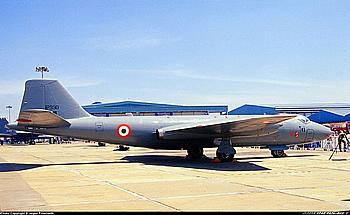 The Indian Air Force had a great deal of experience in tactical reconnaissance during WW II. A large majority of the squadrons during the early part of the war operated Hurricane fighters fitted with oblique cameras in the “Tac-R” role in the Burmese theater. The IAF did not have any photo reconnaissance (PR) aircraft for photography of strategic targets or photo survey till after independence. 1 PR Flight (later 101 Sqn) acquired Supermarine Spitfire PR Mk XIXs to give some capability in this area. There had been plans to induct De Havilland Mosquitos late in WWII but problems with the structural integrity of the wooden structure meant that the Mosquitos were not introduced. The glues used in those days came apart in the hot and humid climate of India. 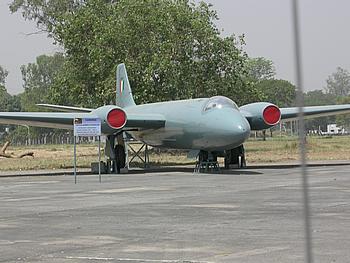 The Canberra presented a unique operating challenge to the RAF when it entered service. Fighter pilots did not have multi-engine training but had jet experience, whereas pilots from the bomber stream trained on multi-engine aircraft and did not have any jet experience! The Meteor T.7 was temporarily adopted as a trainer due to the similarity of configuration to the Canberra with widely spaced wing mounted engines. It was clear however, that the Canberra had unique flying characteristics and a dual trainer version was needed. 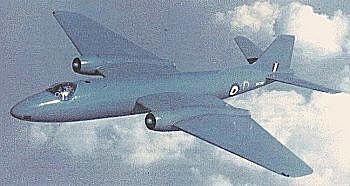 Authors Introduction: This chapter is part of a book that I am attempting to write along with Jagan Pillarisetti,  on the English Electric Canberra in IAF service. We have a blog http://iafcanberra.wordpress.com, please visit there and leave comments by clicking on the "Comment" link near   the title of any blog entry. The author wishes to thank Wg Cdr Vineet Bhalla (Retd) and Wg Cdr Joseph Thomas (Retd) for their help and advice during the preparation of this article.