During the Second World War and the events leading upto Independence, 202 Officers and 565 Other Ranks of the Undivided Royal Indian Air Force died in service. Their sacrifices are commemorated by the Commonwealth War Grave Commission through special memorials and cemeteries maintained all around the globe. In India, These memorials are at Karachi, Delhi and at Bangladesh. The cemeteries are also spread out and maintained at many places throughout the Sub-Continent. The Roll of Honour does not include RAF personnel attached to the Indian Air Force during World War 2 nor RAF personnel of Indian Origin.

In the numerous wars after Independence, 81 Officers and 53 Other Ranks died on the battlefield. Starting with the 1948 Kashmir conflict to the more recent 1999 Kargil fighting, These airmen and officers have kept the IAF flag flying high at the cost of their lives. The Post-Independence Roll of Honour does not cover peace-time casualities.

An Ode to Fallen Air Warriors 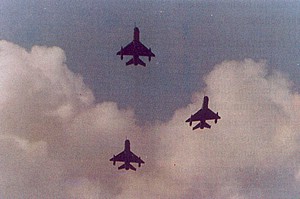 This is AN ODE TO FALLEN AIR WARRIORS written by Air Marshal Sumit Mukerji that will be featured in a forthcoming book to commemorate Indian Air Force personnel who died in aviation incidents. The book title is “In Memoriam: The Fallen Air Warrior” which will be released by the MIAF in the second week of December 2016 at the USI