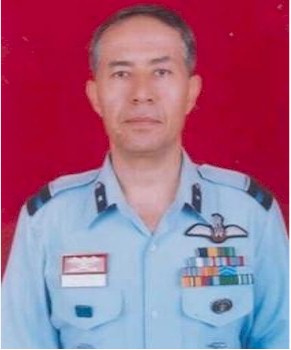 Once the Indian Army launched its operation, we at Srinagar Airbase got charged with enthusiasm. We were eagerly waiting to hear the green signal - 'GO' !

On 25 May 99, when the CAS finally broke the ice and gave the clearance, the maddening preparations begun immediately. I was lucky enough to be selected to lead the offensive. Gp Capt AR Oak, Air-1, AOC, J & K instantly briefed all of us in the presence of overall Operation Commander AVM N Menon, the AOC, J & K.

My technical team consisted of Flt Lt Maurisa Jhingran and Fit Lt BS Jamuar. They put the ground crew on action. Helicopters were Jacked- up to fit the rocket pods and harmonise the rocket sights. Circuitry for the CMOS were checked-out. I, along with my co-pilot Sqn Ldr AS Pandey, got busy making maps, planning strike missions, collecting bullet proof Jackets, Helmets, Personal Weapons etc.

We took a few packets of chocolates too for emergency. After the whole-night work, loading and arming of 6 x Mi-17 with 768 rockets along with equal number of Flare cartridges were completed. Each Mi-17 was configured with 4x57mm rockets pods, carrying a total of 128 rockets. The first TOT was 0650 hrs.

First two days we struck and saturated the enemy positions of 'Tiger Hill' and 'Tololing'.

Finally on 28 May 99 Nubra formation, 4 x Mi-17 were tasked to strike 'Point 5140' feature, located 2 kms north of Tololing'. Maj Rakesh Adhikary came on-board Nubra-1 to guide us to locate our armed Mi-17s strike at Tololing, as he came on the 1 st day (26 May 99). Nubra formation took off in time and all went on perfectly well, like clockwork. Notwithstanding the threat of enemy firing, Nubra-1 (my helicopter) struck at point 5140 with two salvoes of 64 rockets each. Simultaneously, enemy started firing shoulder fired Stinger missiles. Two Stingers, skimmed past the wind screen of Nubra-1. Both these were fired from two different locations.

Similarly, Nubra-2,3 and 4 of Sqn Ldr Verma, Flt Lt Muhilan and Sqn Ldr Nitish respectively struck the enemy positions with 128 rockets each. After Nubra-3 had fired its armament it got hit by the enemy stinger missile.

The complete operation was a perfect team work of the ground crew, air crew and the controlling staff.

Acknowledgement: This article was taken from the IAF Journal 1999