Ejected over No Man's Land! - The view from the other side

Ejected over No Man's Land! - The view from the other side 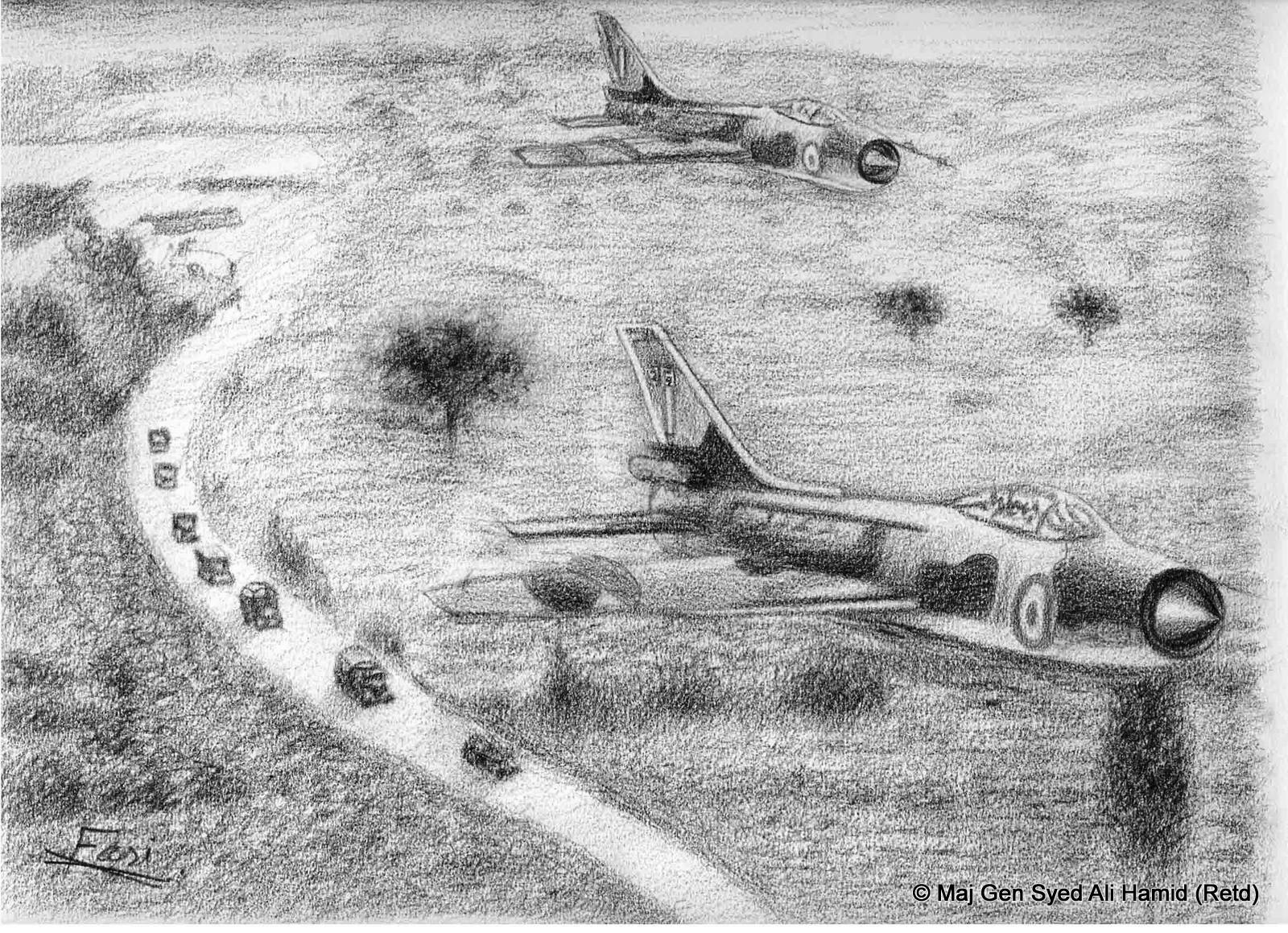 Group Captain Gurdeep Singh Samra's harrowing story " Ejected over no-man's land " caught the eye of another war veteran - from the other side of the border.  Major General Syed Ali Hamid is a noted historian who had authored the History of the Pakistani Armoured Corps as well as his own regiment - 26 Cavalry - Forged in the Furnace of Battle . A frequent contributor to the Journal of the Indian Military Historical Society in UK, He also happens to be an armoured corps veteran, who was deployed in Chamb on that day.

"I was adjutant 26 Cavalry in Chhamb Sector during the 1971 War and went and saw the wreckage of your aircraft. I was intrigued to see how intact the airframe was and now i know why........... because you ejected so close to the ground at stalling speed. I really enjoyed your article as i could relate to so much of your narrative. From your account and the location of the crashsite i can conclude that you were looking for tanks in the area genline south of Chhamb , whereas the bulk of our armour on the morning of 4 Dec was opposite Mandiala in the North.

Only two squadrons of Shermans of my regiment were operating in the area you were probably seraching and there was good cover available from the mango trees.  It is also likely that the .50 Brownings of our tanks shot u down as there were no AA guns supporting the division.

That very morning i was leading a convoy of ammo and POL vehicles of my regt when a pair of SUs passed overhead............fortunately for us they did not attack. It may well have been you. I had a sketch made to the aircraft for the book I wrote on the war history of my regiment that I would like to dedicate to you.

Glad you survived and God Bless"

General Ali Hamid procured photographs of the aircraft a few years ago for his book project and he has kindly shared them here.

"I came across the wreck on the day we entered Chhamb. The images were taken a couple of months later by a team from Pakistan Television that was visiting the battlefield and i obtained them from the archives of the Directorate of Inter Services Public Relations (ISPR) only a couple of years ago. "

"I was a keen aero modeler and it was interesting to see three types of Indian aircraft in action in Chhamb. The Hunters were the most impressive and very graceful. The Ajeets were very nimble and scary because they appeared very suddenly. The SU were slow like a bus and while they circled and came into an attack it gave us ample time to take cover. But i still remember its deep howl in the dive run which had a ominous tone"

"The location was within the salient, close to Burejal (an Indian post) which was 10,000 yards SE of Chhamb close to the CFL. I inspected this wreckage and remember that (as the picture also shows) that it was in pretty good condition)" 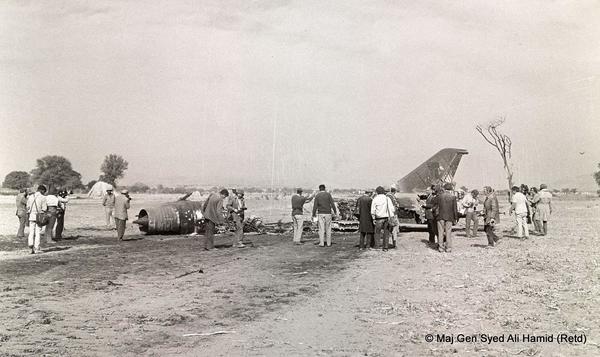 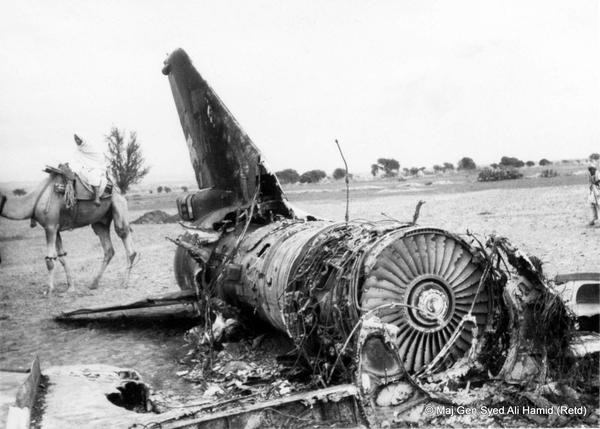 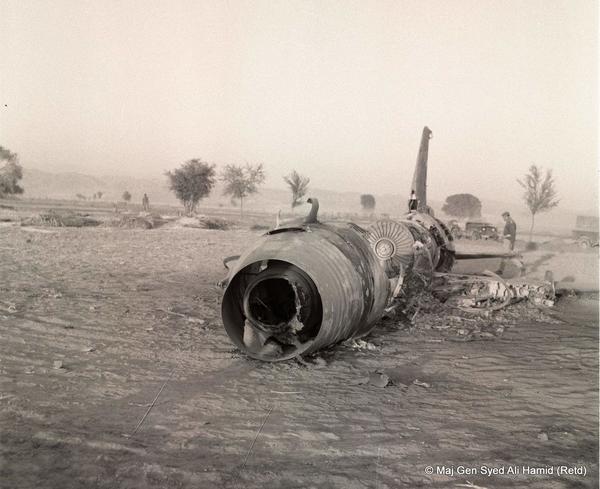 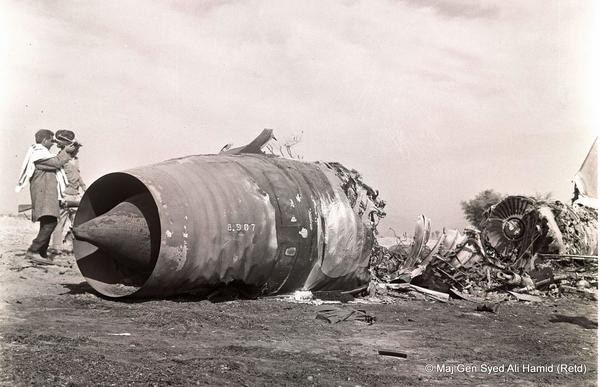 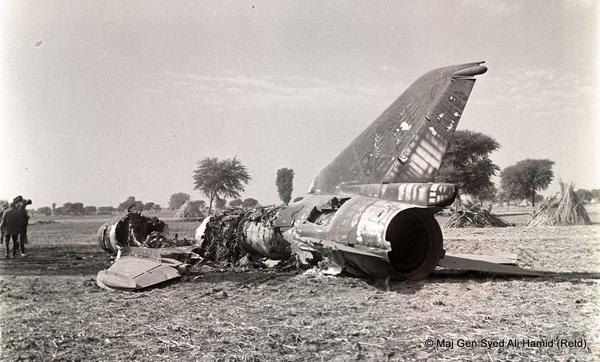 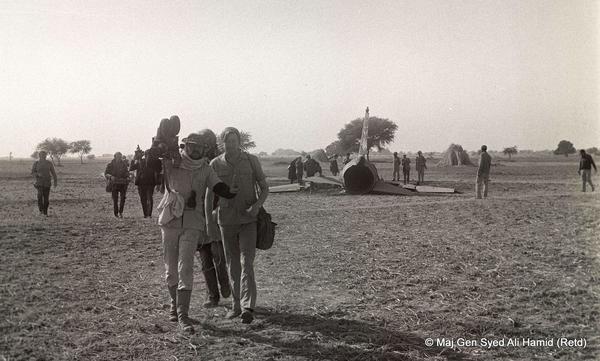 All Photographs are provided here by the courtesy  of Maj Gen Syed Ali Hamid.