Did the IAF ever use the Tu-124 Moss AWACS?  As first alleged by John Fricker in an article written on behalf of the Pakistan Air Force? Air Marshal Subhash Bhojwani sets the record straight.

"Frisky Sparrow, recover at Bamboo" or "Ramesh, one five two to Greenhouse". Just a few words spoken into the black ether, in the dead of night. They probably meant little to the uninitiated but made a big difference to the intended recipients of the messages. In fact, the difference between safe recovery or ejecting, possibly in enemy territory. 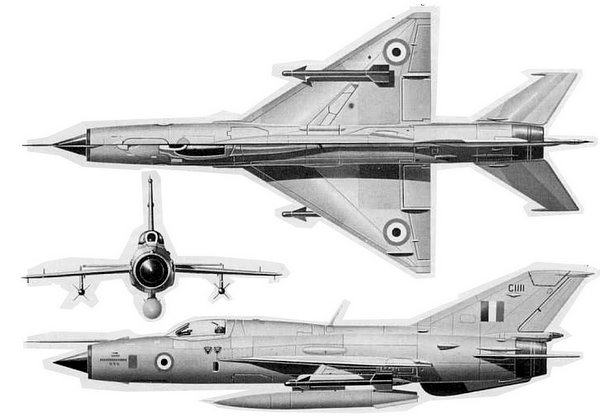 A few days into the 1971 war, CADU (later on renamed TCDS and then TACDE), a newly raised unit located at Ambala, had been given the unique task of carrying out harassment strikes against a number of PAF airfields and other targets in order to keep them occupied and awake at night. The MiG-21 and Su-7 aircraft of TACDE were no different from those in use in other operational squadrons, which meant that the only nav equipment on board were the KCI (Gyro Compass) and a stop watch. The paper map with MTI (Moving Thumb Indicator) was of little use in the dark environs of a single-seater. The radio compass was also of no use as all MF beacons were switched off. The pilots used to spend the day resting or memorizing the routes and timings marked on their maps so at night they could navigate with their eyes closed, almost literally.

The fuel of the T-77 and Su-7 was limited and often targets lay at, or even beyond, the computed Radius of Action. Thus, after the strikes the procedure was to head for the closest friendly base, usually Amritsar, Halwara or Adampur. These were touch-and-go recoveries with such low residual fuel levels that it often precluded even a single circuit before landing. There was no room for error nor any chance of diverting in the event of the recovery airfield being unavailable.

The problem was accentuated by the fact that the entire route was flown at low level in order to evade enemy radar and interception. But this meant that our returning aircraft would be equally undetectable by own radars, as well as being out of R/T range. The difficulty and the discomfort level of the pilots is easy to imagine. The lack of prior experience in the night strike role, the lack of nav aids, total black-out conditions on the ground, the low recovery fuel were enough to tax even the superior breed of pilots who formed the core of CADU.

The 'SPARROW' missions came about as a result of a couple of near losses due to the difficulties faced by CADU pilots in locating the recovery base. Of course, the obvious suggestion was for the returning aircraft to climb by a few hundred meters for identification and getting a homing, but was ruled out as quite often a PAF Mirage-III or F-104 would be tailing the strike aircraft, waiting for it to pop up high enough for a shot above the ground clutter on the airborne interception radar. However, a quick analyses of these missions revealed something unique. Apparently, Amritsar ATC was able to receive the incoming RT call or at least the side-tone of the ac calling and even had a ADF indication on it, but its own transmission could not be heard by the ac. Also, in the charged atmosphere of the war no one was willing to give a 'Homing' without authentication and certainly not merely on an unidentified R/T side-tone. Clearly the requirement was for a radio relay.

It was therefore decided to place a fighter at an altitude of 9-10 km to pass messages between the radar and the ac returning from the strike mission. The code word for these missions was 'SPARROW'. This task fell on the shoulders of the Tigers located at Adampur and equipped at that time with Type 77 aircraft. The job of the 'Sparrow' was to relay homing and other recovery information to the strike pilots. To conserve air effort, Sparrow missions invariably flew at endurance speed which made them sitting ducks against enemy action. But they were positioned well away from the border and under positive radar cover and therefore safe from PAF interference.

About 30 Sparrow missions were flown by Tigers during the 14-day war, each lasting over an hour and often "controlling" 2-3 night strike aircraft to safe landing. Gradually, we evolved our own code words. First names were used extensively and the transmissions had plenty of references to Frisky (Verma), Ben (Brar), Pat (Patney), Ramesh (late Kadam) and so on. Recovery airfields were identified by their confidential call signs or sometimes even the name of the Station Commander. Homing & diversion information was passed using these simple codes. The Sparrow concept was a simple and highly effective innovation.

I flew 7 Sparrow missions, all of them well after midnight. All the radar units pitched in to help recover the returning fighters, using electronic tricks and anomalous propagation of the winter inversion layer to the maximum. Often, the controllers used the Sparrow to relay messages to other aircraft and even to other radar stations. With this Sparrow soon became aware of the complete air situation in a large volume of air space.

Thus it was with some amusement that I greeted the PAF claim, some years later, that the Low Level night strikes by CADU in Dec 1971, which turned out to be more successful than the planners had imagined, were controlled by Soviet provided "MOSS" AEW aircraft !